Mortal Kombat X for Android and iOS: New Images and Video with Gameplay

Of all the games at GDC 2015, one of the most sought after on smartphones was certainly Mortal Kombat X Mobile, the new fighting game to Android e iOS that will finally bring a franchise game into its new generation. The folks at Droidgamers tested the game on an Android tablet and the result you can see in the video below.

The graphics are impressive, with something very similar to what we see in a game for Playstation 3 and Xbox 360, although the scenarios disappoint a little and the modeling of the characters is amazing. Visually the game is probably one of the best games ever seen on Android.

The home screen offers players the option to choose which mode to play, right away you can see the online multiplayer option, but the game obviously has a single player mode. The game consists of team fights and the amount of fighters is quite satisfactory. 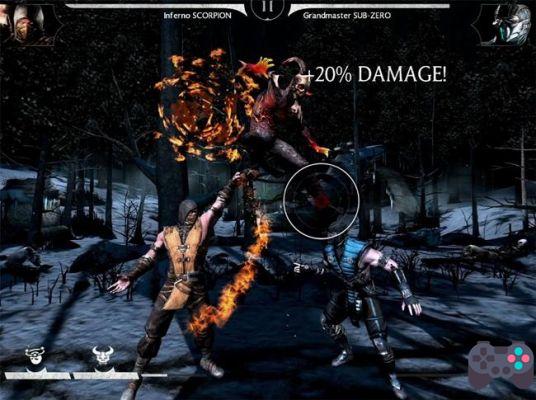 Mortal Kombat X Mobile's commands are practically identical to those we've seen in games like Injustice e WWE Immortals. Although it seems like a bad thing at first, this makes it easier to play on small screens, especially when it comes to online matches. The game's moves are practically identical to those on consoles. With ultra-violent beatings, X-rays of breaking bones and much more (I just want to see how this game will be promoted on the App Store..rs).

There will be plenty of familiar characters in Mortal Kombat X. Raiden was mentioned in the initial press release and demo, players were able to play with Sub-Zero, Scorpion, Reptile and Kitana. This is where the free-to-play aspect of the game will come in, as Mortal Kombat X Mobile will be free to download.

When this game was first announced, many people mislabeled the game as a card game. The cards only concern how to unlock the characters, but this is a 100% fighting game.

Unfortunately, it is in the choice of characters that the freemium model will come into play. The player will have to fight hard to unlock new characters. But there is a small breath. By winning challenges on other platforms, the player gains more fighters in the mobile version. 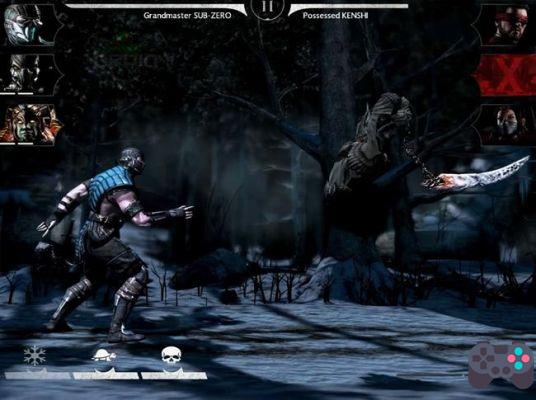 Fights are a series of screen taps with quick swipes. There are three buttons at the bottom of the screen and they are used to perform special moves. Just by touching the screen, the character hits the other with punches and kicks. Combining taps, swipes and special buttons it is possible to perform really cool combos. As in WWE and Injustice there are small Quick Time Events that appear from time to time and if the player hits everything, the damage increases.


And the fatalities? My friend, they're there and they promise to put a stop to Apple's new 'coxinha' policy of restricting violent gaming. Mortal Kombat X Mobile has several of the fatalities of the original game, it is possible to rip off limbs, explode heads and much more. The fatalities will be identical to the PC and console versions of the game.

One thing NetherRealms has designed for the new Mortal Kombat game is faction warfare. Smartphones and tablets will also have a version of the war, but whoever has a copy of the game for consoles and PC will be able to score points in the war using the mobile version.

And when does this delight arrive? Mortal Kombat X Mobile is set to arrive between April 14th and 24th. The game will arrive simultaneously on Android and iOS and will be free to download and play.

Mortal Kombat X for iPhone and iPad is now available… and it's free! ❯

add a comment of Mortal Kombat X for Android and iOS: New Images and Video with Gameplay