A new update of Mortal Kombat on mobile devices, brought Sindel, the newest character in the game. Along with the new fighter we had news, challenges and events related to the former Queen of Edenia. 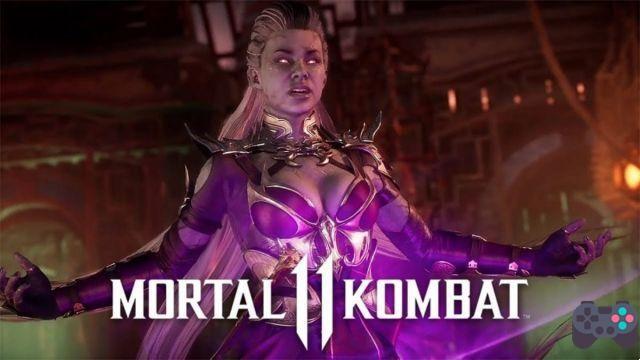 The character came directly from Mortal Kombat 11, the last game in Warner's main franchise, released in 2019 for PC and consoles. Along with Sindel, we also had the latest Mortal Kombat Mobile update.

The Dark Queen's Tower is the newest challenge for combatants. It recounts the story, taking place during the Edenian War, when the Outworld invaded Edenia. Players who reach the top of the tower will receive a guaranteed diamond character, which could be Rain from Mortal Kombat 11. This new Tower allows players to collect Equipment Cards. It will be available until the 7th of February.

The Dark Queen's Fatal Tower is also now available, and upon conquering it players will receive the NightWolf MK11 Diamond, Jade MK11, Hungry Mileena or Kitana Circle of Shadows, as well as an Epic Tower Equipment Card. The Brutalities of Jax and Mileena's Diamond variants have also arrived in Mortal Kombat Mobile. The Dark Queen's Fatal Tower will be available until January 7, 2022.

The Hanzo Advent Calendar event has also started, giving players who check their mailbox every day until December 25th at Christmas. Players will get some mysterious goodies and gifts, according to the developers.

Other modifications were also added. These include new sliders to upgrade characters' Special Moves. The health of the fighters are also highlighted with points or percentage, for better understanding of them. The health bar will also be highlighted when a brutality is available.

Mortal Kombat Mobile is available for free on both Google Play for Android devices and the App Store for iOS devices.