Monogamer: Do you only play one game? 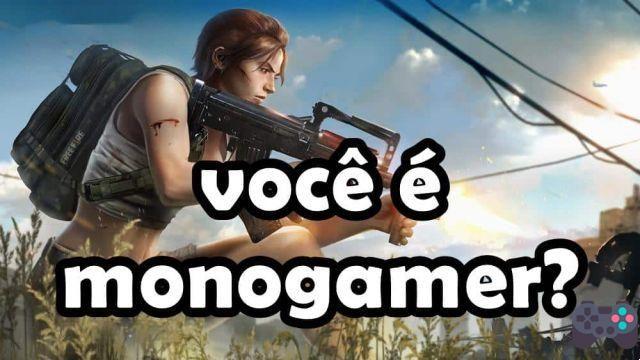 In a recent video from the portal channel The Enemy, from Omelete, the issue of games as a service was raised. One of the consequences of this distribution format is the fact that many gamers dedicate themselves to just one game. Are you not like that?

what would be the Monogamer? It would be that player who even tests other games, but spends most, if not all, playing just a single game.

Check out the video.

Then I remembered a very common fact that has been happening in the mobile market since 2017:

And it doesn't even have to be game B or C. During the year 2018 and 2019, several excellent free to play games were released. This is especially true with shooters, but it's been happening frequently with MMORPGs and other genres as well.

The most affected are precisely the free or competitive games.

Currently there is a great offer of games such as online shooters and MMORPGs on mobile phones. However, people really want to keep playing their Free Fire, PUBG, Clash Royale and etc.

This generates a series of absurd comments such as “R$14 paid game is expensive”, and the person spends much more on skins and so on.

Sometimes I think that this person is desperately looking for something that will get him out of his addiction to the game A. Because the big secret of these games as a service, mostly Free To Play, is that you spend a lot more time and money, than in a paid game.

But there are also cases of free games that have failed. Precisely because they are projects in which companies created a giant structure with several servers and so on. In this branch of online games, games need to have a loyal player base. Otherwise, the “service” is summarily terminated.


And the culprit is probably the “monogamy” of some who practice their favorite games. Nothing wrong! But it is necessary to understand that many games are closed not because they are bad, but because of the lack of audience.

Some might say “Ah, but game B or C needs to be really good to make me quit game A”. Really?

Lately, what I see the most is lower quality game, much more famous than games that really created above average quality standards.

Is that you? What do you think? Leave a comment!

add a comment of Monogamer: Do you only play one game?