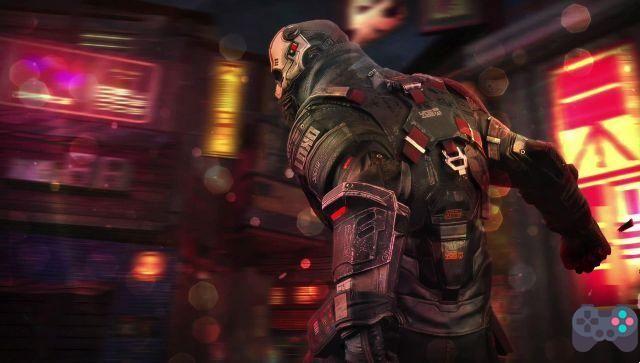 New and important information about the game Modern Combat Versus (Android, iOS e Windows). The Gameloft launched the game's hotsite (moderncombatversus.com). It is not yet possible to pre-register. However, we brought some news about the game.

There's not much to say about the site. It only displays the phrases “Be an agent of chaos”, “more intel information coming soon”. There are some icons at the bottom of the screen. One of them displays the information “3-2017”. However, there is no connection between the date and anything concrete (so far). Apparently, the icons will reveal information over time.

Apparently, each icon will reveal news. These news can be images, tease trailer, pre-registration and etc. But, as we like to “dig deep” on the internet, we found new images of the game. Check out!

There's no denying that Gameloft is focusing on female characters. Updates from Blitz Brigade (another FPS from the producer) and Modern Combat 5, added women to the game. It looks like that will be the case for Modern Combat Versus, as two new female character skins have already been officially released.

Modern Combat Versus does not have a scheduled release date. According to rumors, the game will be released in October.

Modern Combat Versus isn't looking so good on Android ❯