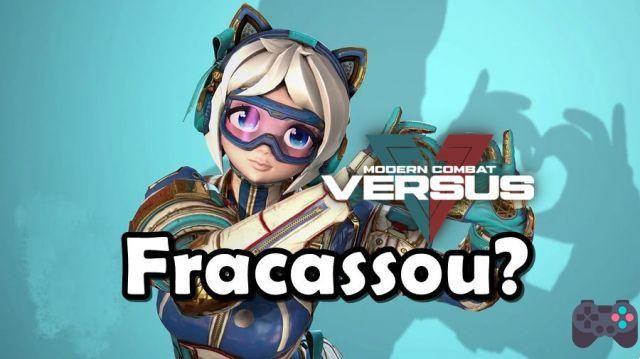 It's not easy for Modern Combat Versus and Shadowgun Legends shooter games. Both struggle to live amid competition with games of the Battle Royale genre.

The two games didn't fail from an investment point of view, but from potential and reach… maybe. Both have been suffering a lot to get the attention of the general public. The crowd is more interested in: Fortnite, PUBG, Creative Destruction, Free Fire and company.

Let's look at some numbers from Sensor Tower.

While games like Garena (Free Fire) and PUBG Corp have around 14 million downloads per month, Modern Combat Versus doesn't even reach 500 downloads in 30 days.

Even Creative Destruction, the Fortnite clone that everyone expected to take off after the Epic-Google beef, is averaging 5 million a month. Something very good, but he was expected to go over 15 million easy in August.

As if not to spend, the review of MC Versus on Google Play is only 3.8 out of 5 stars. In desperation to try to make the game as compatible as possible, Gameloft lowered the resolution too much on many devices. The result is ugly gaming, even on some powerful devices. Many people who have a smartphone with up to 4GB of RAM, complain that the look is horrible.

However, the truth is that all first-person shooters for Android and iOS have felt the impact of this Battle Royale craze. Shadowgun Legends, for example, does not seem to have yielded as expected for Madfinger games, which has already announced a multiplayer game separate from Legends.

“Destiny Mobile” has also struggled to attract new players and is averaging just 400 downloads per month. However, just remember that the game does not have such an impressive multiplayer versus, and focuses more on coop and singleplayer.


But surprisingly, older games like Modern Combat 5 and Guns of Boom are performing very well, averaging 5 million downloads per month.


Of the drama lived by the two that were supposed to rock in 2018, the one of MC Versus seems to be bigger. Previous Modern Combat, which should have been abandoned, continues to be heavily downloaded.

So the question remains. Did Gameloft and Madfinger Games bet on the “wrong horse” (wrong style) or did their games lack quality. I personally believe more in the first hypothesis. Is that you?

With information from Sensor Tower.