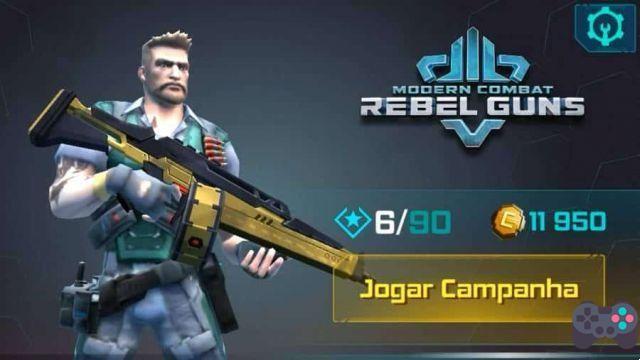 Gameloft has released Modern Combat Rebel Guns, exclusively for Android. The game can be downloaded only through the company store.

In reality, Rebel Guns was released in early May without any kind of warning and stayed there, hidden in the Gameloft store. The game features 3D graphics and arcade gameplay.

Modern Combat Rebel Guns is a shooting game with an isometric view that has a very different gameplay from the classics of the franchise. It's more of a “Dual shooter” and that's far from a bad thing.

There are three characters to choose from. Each of them has a special ability that can be used in times of danger.

Check out a gameplay from the DR Droid channel.

It is important to note that Modern Combat Rebel Guns is not a free game. The game is paid, and can only be purchased through the Gameloft store. The game costs R$ 6,99 and weighs about 400 MB.

The action is arcade-style and the game is very different from other games in the franchise. However, it is worth downloading as it is an offline game.

The game purchase option will only work if the site is accessed via a smartphone and over a 3G/4G network.

Modern Combat Versus comes to iPhone and iPad! In soft launch ❯