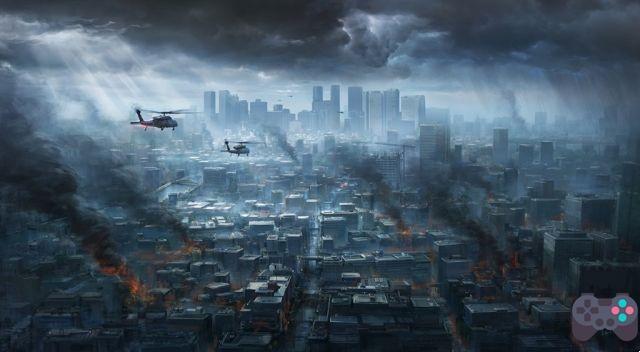 In the fifth version of Modern Combat, our ultimate goal was to create an even more intense and diverse gameplay story experience. Our first decision was to create a solo campaign with shorter, more dynamic missions that offer a wide variety of gameplay and distinct objectives. That way, we were able to create a story with more suspense and action. Players will always be on the lookout and will be able to advance at their own pace. They can choose to play for many hours in the comfort of their couch or for a few minutes while waiting for the subway.

The story begins in the city of Venice and focuses on Phoenix, the main character of the game. He was sent on a special operation to intercept the transport of weapons of mass destruction from a known terrorist organization. The story then shifts to Tokyo, where Phoenix must fight in a completely anarchic environment and still have to convince his allies to accept an uncomfortable secret. By the end of the game, the player will have visited the beautiful settings of Venice and Tokyo in an exciting and action-packed adventure.

Modern Combat 5: Gameloft still has no final release date. The game is expected for the main mobile platforms: iOS, Android and Windows Phone.

add a comment of Modern Combat 5: Gameloft announces title and new information about the game