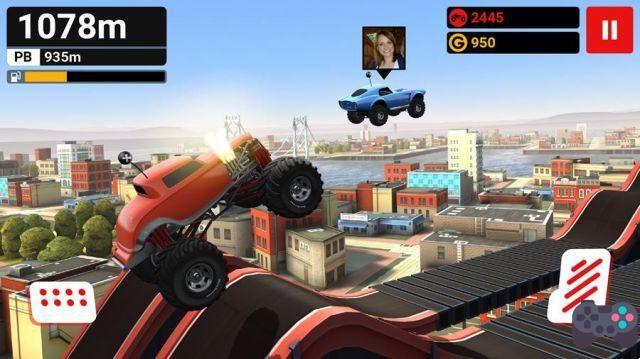 Remember Hill Climb Racing? For those who don't know, it was one of the first hits on Google Play, at the time it was still called Android Market. With no changes or sequels since that time, the classic was reimagined by Hutch Games as a game with realistic graphics called MMX Hill Climb, a free game with versions for Android and iOS.

How is the game?

In MMX Hill Climb, the player will compete against virtual opponents that can be characters created by the game or friends from your Facebook profile. Anyway, MMX Hill Climb makes one thing very clear, it's going to be difficult to complete the game.

The controls are simple, there is only one button to accelerate and another to brake. As the player accelerates or brakes in midair, the player can set the angle of attack and even perform maneuvers in midair.

By earning coins and symbols from his car, the player unlocks upgrades for his vehicle. However, the matter is not that simple. Some modifications seem to make your car worse and it takes a while to defeat some competitors suggested by the game.

This is where MMX Hill Climb showcases its freemium skills. It takes a long time to unlock new vehicles and even longer to beat all the competitors. The low number of scenarios contributes to the game reaching the “limit” between “pay or delete” very quickly. 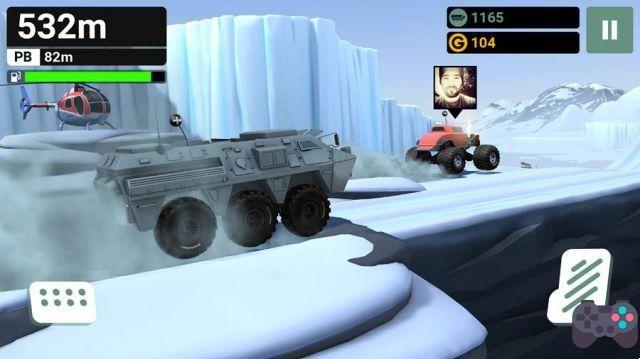 MMX Hill Climb has good graphics, simple gameplay and a great start. However, just like the game's proposal, the slope towards in-app purchases is escalated very quickly, and in a very short time, the player is limited to having to repeat the first scenario about 100 times. A beautiful example of a game with a free to play proposal, but that doesn't know how to dose the freemium elements.