Minecraft: Story Mode arrives on mobile phones in October but may disappoint kids 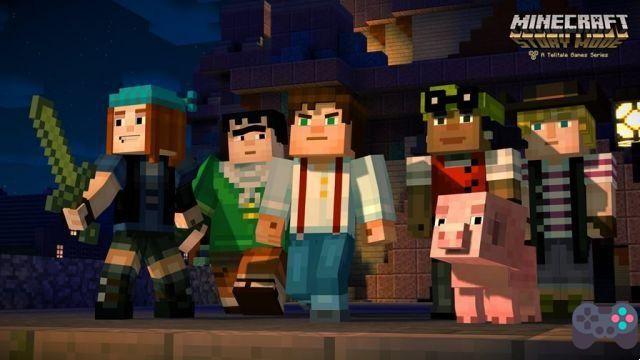 Understand why Minecraft: Story Mode may not please Spanish fans

Minecraft: Story Mode is a game developed by Telltale Games in partnership with Mojang. The adventure game will follow the Telltale pattern that mixes action moments with story and lots of dialogue. Scheduled to arrive on October 15, the game is scheduled for Android and iOS.

Despite the great setting in the universe of Minecraft mysteries, Store Mode may not please you for the simple reason that it is not in Spanish, that is, it will be difficult for many people to follow, especially the youngest, without the localization for our language.

The thing is complicated by the fact that the game is based mainly on dialogues. In addition, it will be paid and will follow the Telltale release pattern that consists of the same game divided into episodes. The player has the option to buy the game completely and just wait for the episodes to download, or buy one episode at a time.

On PC there may be unofficial translations, which can be implemented through patches, but on Android and iOS this may be impossible.

Let's hope that Telltale provides the game in Spanish, although I think it's very difficult for that to happen. If that happens, it will be the first release of this producer localized in our language.

Mini DayZ 2 is in beta testing on Android and iOS! Download now! ❯

add a comment of Minecraft: Story Mode arrives on mobile phones in October but may disappoint kids