Minecraft games: 10 games for Android similar to or inspired by the classic

Check out the best games for android that are inspired by Minecraft. The highlight is the Pixel Gun 3D, a shooting game that has been evolving for a long time and has incredible features. The other highlight of this list is the Worldcraft, the ideal option for those who cannot buy or download the Minecraft PE. As if the festival of Minecraft-style games wasn't enough, all the games on the list have "offline" versions, to play without internet, enjoy! 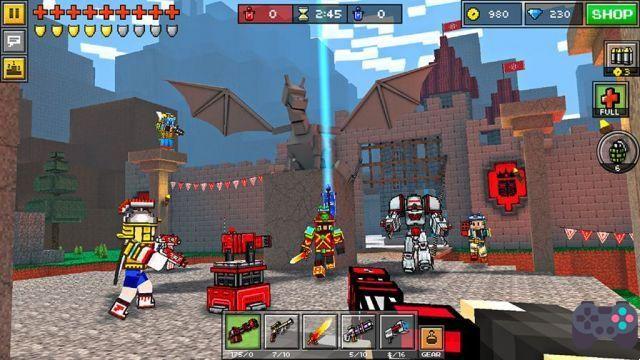 Pixel Gun 3D is a first-person shooter with characters and scenarios in the most popular Minecraft style on Android. With a few years behind it, the game is a public success and has a single-player campaign mode and multiplayer mode where up to 10 people can face each other. Anyone who thinks the game is silly is wrong because the campaign mode is full of creatures to defeat and the amount of weapons is impressive. But the highlight of the game is the multiplayer mode that includes several submodes, among them, online and local. 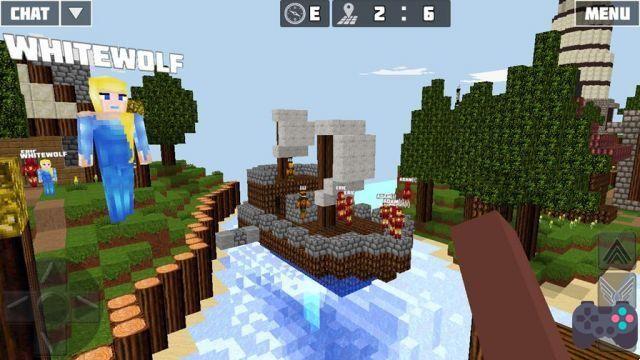 Worldcraft is a curious alternative to the official Minecraft, very similar to the original game, but totally free. The game has many features of the original game, such as survival mode and online multiplayer. The game has the same creative freedom as Minecraft, where the player is free to do whatever they want. The game works in the same way as Minecraft too, you start alone on an island and you must start building your house, and from there, explore the vast world of Worldcraft. 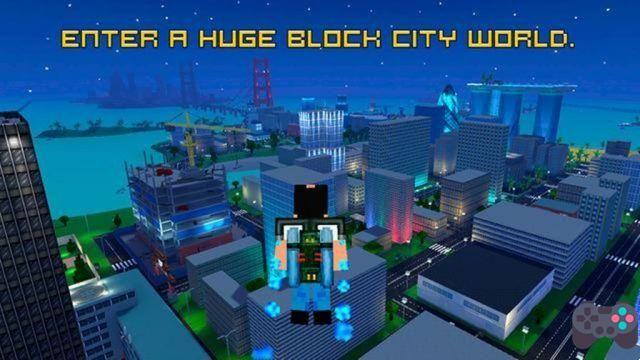 Block city wars is a shooting game inspired by Minecraft, but with a setting in the style of Grand Thef Auto. Ride through the streets by car and blast enemies in fun multiplayer matches. The references to GTA V there are many which makes the game a lot of fun. It is possible to take even a jetpack to fly and see where the opponents are. Undoubtedly, one of the most daring and fun Minecraft-style games. 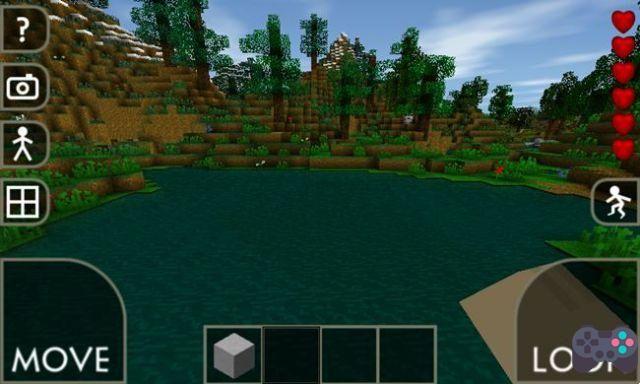 When Minecraft Pocket Edition was still lacking in resources, many players turned to Survivalcraft. Since 2011, this game has surprised by the huge amount of mobs (animals) to face and create. The game focuses on survival and exploration. For example, your character can get hungry, you can have a barbecue, go fishing, and much more. Full of mysteries Survivalcraft has a vast world, where the player explores not just digging. The game is not free, but you pay only once and you can play offline at will. 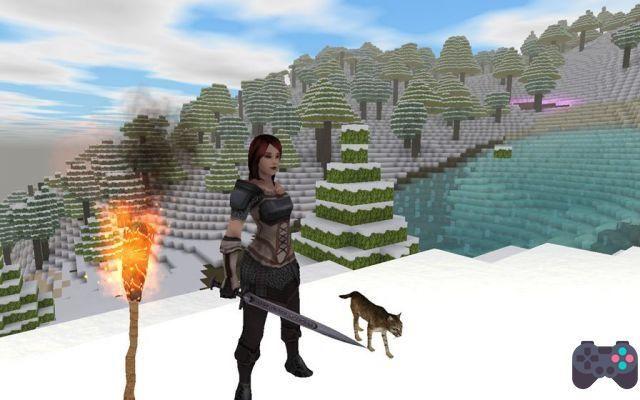 block story is a curious and innovative game. This mixture of Minecraft + Skyrim, puts the player in an open world with complete freedom to go out and explore. The setting is very similar to Minecraft, but the characters and interaction with them are reminiscent of role-playing games. Talk to NPCs, accept quests and defeat amazing enemies like spiders and giant dragons. Between one quest and another, you will also be able to craft items, make new weapons and much more. Block Story has a free version and a paid version, if you don't want to be bothered with ads. 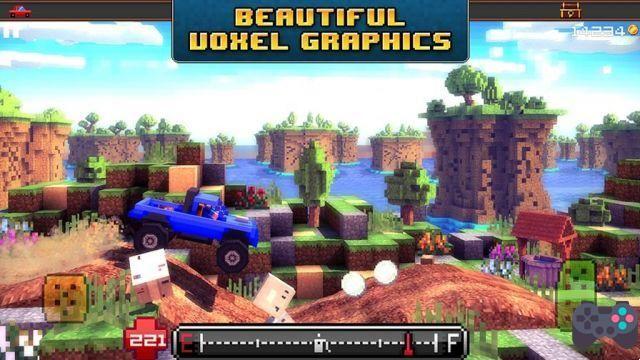 Blocky roads is an obstacle course game where you have to walk through bumpy tracks. The objective is to reach the finish line in the shortest time possible. The game has Minecraft-style graphics, and crafting is on account of the possibility of creating your own car. The game is addictive and one of the best in the genre. Unfortunately the game is paid, but believe me, it's worth every penny. 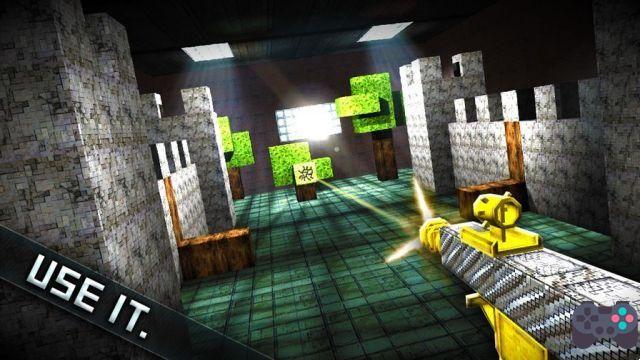 Em Guncraft, the player will have to use creativity for something different. Instead of building a house or a building, you will be tasked with creating your own weapon. The game starts out simple, but there are many options for crafting weapons. After creating a revolver or rifle, the player can test the equipment. Tests are always online against other players. The difficulty level increases as the game progresses. Fast and casual multiplayer. 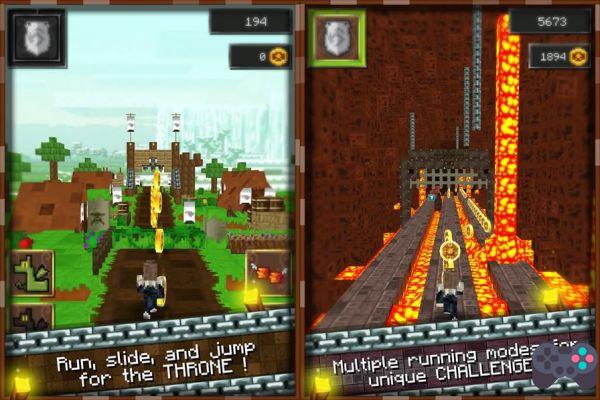 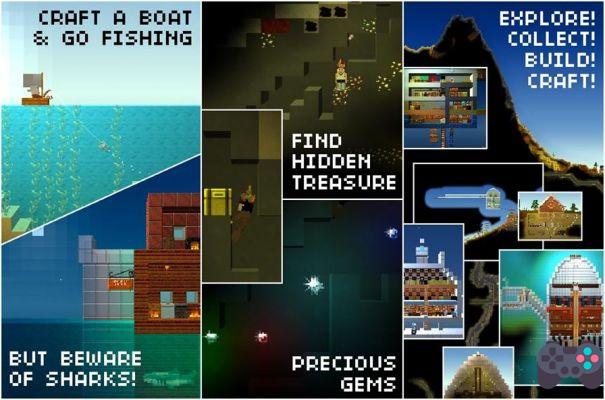 The blockheads is a game of creation and freedom just like Minecraft, however, with a side view. With a proposal that remembers Terraria, The Blockheads takes the player into a world full of possibilities to explore. The highlight of the game is the menu to craft items, quite complete and well adapted to touch screens. One of the cool factors of the game is the possibility to make tools and even a boat. When building a boat, you can go sailing and fishing (if you made the fishing wand, of course?). 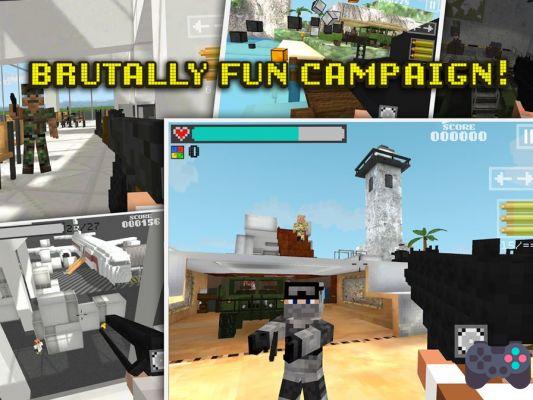 Let's end our list by paying homage to one of the first "Minecraft" visual shooters. Block Gun was released quite some time ago and Block Gun 3D: Ghost Ops is the latest title in this “Minecraftian” FPS series. The game has a footprint "Counter Strike” and unlike the other shooting games on this list, it concentrates its maps in small, but very well-crafted locations. The highlight are the elaborate missions in the online multiplayer mode. Guaranteed fun.

add a comment of Minecraft games: 10 games for Android similar to or inspired by the classic