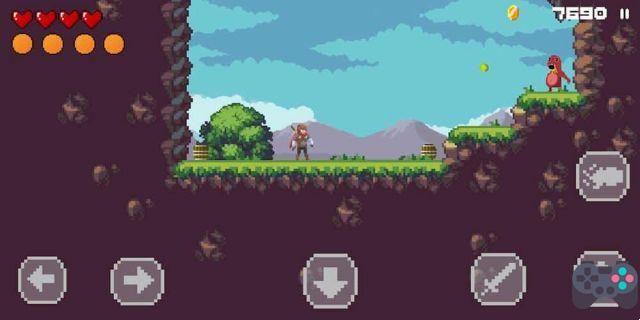 Mighty Sword is an offline game for Android that is free but extremely difficult. Your mission is simple, control a warrior who needs to go through 10 levels full of dangers.

But what is the difficulty then? You must be asking yourself. The difficulty is precisely surviving. Each enemy manages to snatch a life point, and you start with just three.

Shantae and the Seven Sirens debuts on iOS before other platforms

Typoman: train your English in this offline platformer game

In addition to trying to reach the end of each level, the player needs to rescue people who are trapped and practically hidden by the scenario.

Whoever created this game had no pity for the poor player. So get ready to face a lot of challenges in a very simple but high challenge 2D game.

Worth the download for being very light, only 22 MB

Migu: Play PS4/XBOX One Games on Android (no registration) ❯

add a comment of Mighty Sword – OFFLINE Game for Android