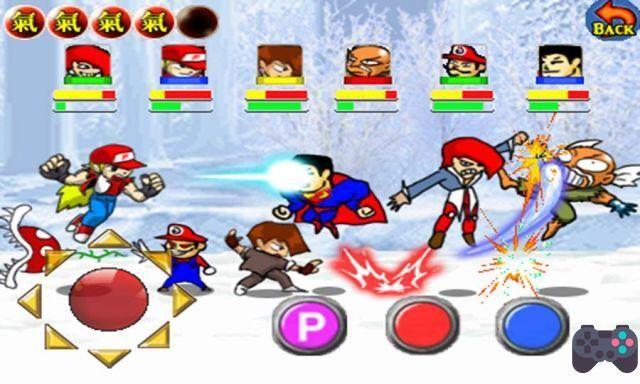 Sorry graphics fans, but gameplay is essential! And it is precisely in fighting games to Android that developers today seem to have freaked out, and try to reduce the complexity of the commands in favor of graphics and a “watery” gaming experience. But with Mighty Fighter 2, things are quite different.

The fighting game for Android may not have good graphics, but its gameplay respects the classics of the past and is a mix between Street Fighter, Final Fight and SNK fighting games.

There are only two buttons, one for punch and one for kick. More than enough, as the rest is combined with the virtual joystick (No swiping to or fro). By charging a "Super" bar, it is possible to use a special attack in the style of "Super Moves" from Street Fighter games.

Despite the ridiculously simple graphics, Mighty Fighter 2 oozes complexity in several different modes: Arcade, tag team, VS via bluetooth (!), VS Online, Practice, a “Final Fight” style mode, and even a racing mode.

The game's characters are parodies of characters from fighting games, anime, superheroes and more. All with a poorly finished look bordering on the ridiculous. The game's graphics don't look like it, they were drawings in Paint (sure). But that seems to have been the producer's proposal.

Mighty Fighter 2 has power limiters, but every time you get new emblems to spend on gameplay. 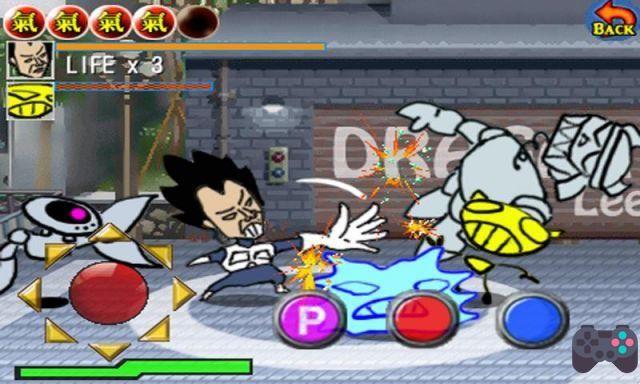 Graphically the game is horrible, but that helps it to work very well even on weak phones. At the time of combat, things change, as the commands work in a surprising way. It even embarrasses recent titles like Mortal Kombat X Caree Gods of Rome. The amount of modes, characters and fun available is incredible, all offline and available with only 20 MB of data to download.

add a comment of Mighty Fighter 2 has bad graphics, but better gameplay than MK X Mobile