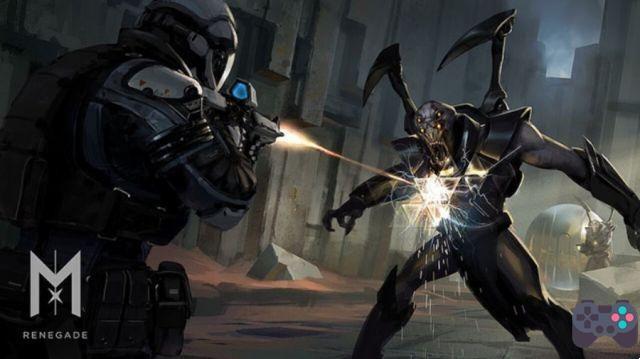 Midnight Star: Renegade is a successor of Midnight Star, a first-person shooter developed by former producers of the Halo series. Originally tested in March on some App Stores, the game was released globally and is now available for download even in Spain. The game is only available for iOS, but an Android version is planned to be released soon.

The story of Midnight Star: Renegade takes place 120 years after the first game. The game puts you in the role of the main soldier of the GMSC. Your mission is to unlock the secrets of a long-lost alien race! The player must face several stages with different objectives such as rescuing companions, recovering files, and of course, shooting a bunch of aliens.

– Beware of the hype

If the visuals are impressive (thanks to Unreal Engine 4), the gameplay may not be quite what many people expect. Midnight Star: Renegade's commands are quite different from what you're used to. The player must touch the ground to walk and the sides to turn. Only at the time of shooting, the control follows the classic scheme. But to change the aim, for example, you use the pincer movement.

The first Midnight Star was an iOS exclusive, but Midnight Star: Renegade is expected to come to Android later this year as well.

Midnight Star requires iPhone 5s (or later), iPad Mini 2 (or later), or iPad Air (or later). The game is all in Spanish and requires at least iOS 8.0 or higher.