Micro RPG is a cute adventure for Android and iOS (OFFLINE)

Micro RPG is a turn-based role-playing game that was recently released on Android e iOS. Offline e free of charge, the new game has a cute look and simple gameplay, making it a fun pastime for the bank or office queue. 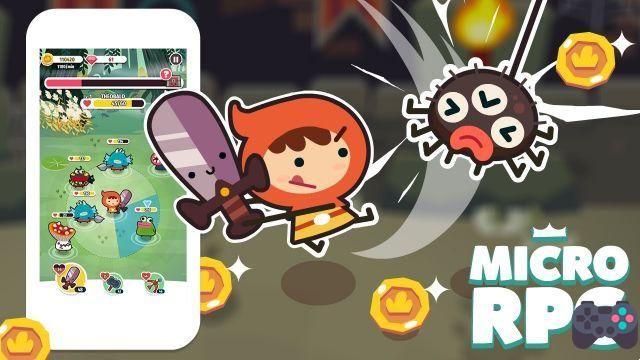 MicroRPG spent a good amount of time in early release, but it's time for the global release that happened a few days ago.

With a cute and colorful look, Micro RPG pleases those looking for a game to “turn off the brain” or rather “rest the brain”. The name is directly linked to its gameplay, Micro RPG is a simple, casual game… and very cute!

How is the Micro RPG game

He could even be considered a clicker, but in Micro RPG, the thing is to tap the screen at the right time to deliver the blows to as many enemies as possible. Also, the player needs to choose the weapon as per the range.

Battles take place in turns. As time passes the enemies advance and start attacking. But don't be afraid, the beginning of Micro RPG is very easy and accessible for people of any age.

Divided into phases, the game has missions with well-defined objectives. You need to know exactly which enemies to eliminate in order to progress. But it is also possible to “farm” items before going to the next challenges.

Like all offline and free to play games, in Micro RPG it is possible to earn bonuses by connecting to the internet and seeing some ads.