Metal Slug Infinity: new game may not please fans of the franchise 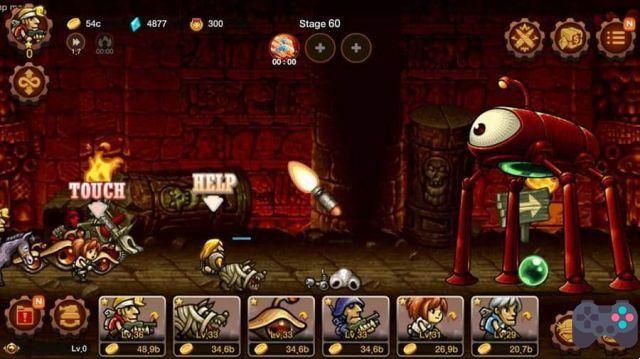 Metal Slug Infinity appeared out of nowhere in pre-registration on Google Play. The game for Android and iOS will be inspired by the classics of the franchise. It was enough for some fans to want to hype up the game. But I believe he will not please those who like a good “run and gun”.

The reason is simple: Metal Slug Infinity is an “Idle game RPG”. In other words, it is an incremental game where the focus is on leveling up and where the player “watches than plays”. The goal is to own the best units and assemble the perfect team.

So, the game will fit like a glove for fans of “second screen” style games. Games to play without giving too much thought to what is happening on the screen. Usually this type of player looks for a game to play while watching TV, for example.

I have nothing against “Idle games”, I even like some like Final Blade. But it's bizarre to see fans of old games bother to pay a few bucks for a retro game. Some are even unaware that several games from the Metal Slug franchise are present on Google Play. Complete and offline.

Android fans need to stop this hype just for free games. I even understand that many don't have the money to buy the games, but you can't pretend they don't exist.

add a comment of Metal Slug Infinity: new game may not please fans of the franchise