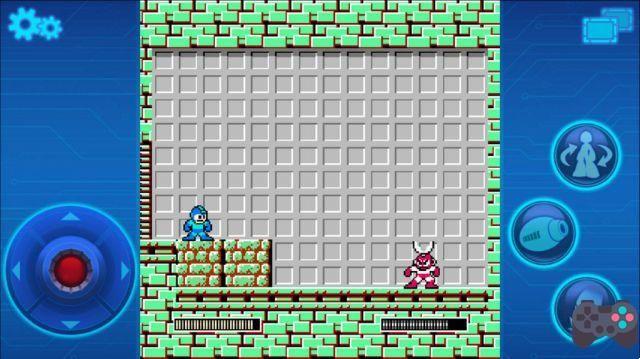 The site specializing in mobile games Touch Arcade blasted the newcomers Mega Man Mobile 1-6. According to the website, the games arrived with a strange presentation. The graphics are the same as the 8-bit Nintendo, but the movement, collision boxes and everything else, differs from the classic.

According to the site, it was as if someone had taken the games and used the assets (graphics and image) to try to recreate the game in a mobile version.

We haven't played it yet, but watch out for the frame rate, it's well below 30fps. The original NES version was much more fluid.

Gameplay of the first Mega Man on the original NES.

The strange thing is that even Java phones from 12 years ago run an 8bit Nintendo emulator with at least 30 frames and the official mobile version of Mega Man cannot reach 20 frames, leaving this bizarre impression.

It's the first time that Mega Man comes to Android, but not iOS. Mega Man 2 and X had already been released for iPhone and iPad. When Mega Man 2 was released for iOS in 2010, it was also very poorly received by critics, with a rating of 1 in the IGN.