MARVEL Super War, a MOBA Mobile game free of charge, developed by NetEase Games in collaboration with Marvel Entertainment, had its pre-registration announced this Friday (25th) for players from India, Indonesia, Malaysia, Philippines, Singapore and Thailand to Android na Play Store of these countries and for everyone who wants to register on the official website.

On this same day another equally exciting news was announced. MARVEL Super War will have a 2nd round of beta testing for players from Southeast Asia and India starting on November 21st. Even the Beta is restricted to these two regions, Spaniards will always be able to resort to the old war APK and VPN.

In addition to being MARVEL's first Mobile-style MOBA game — for the same reason it got off the ground, as for those who don't know Tencent Games tried to partner with Marvel in the past — MARVEL Super War features super heroes and super villains for fans to work as a team. Be Iron Man, Spider-Man, Deadpool, Black Panther and more, and experience battles in a never-before-seen style. New characters are scheduled to be released in the future. 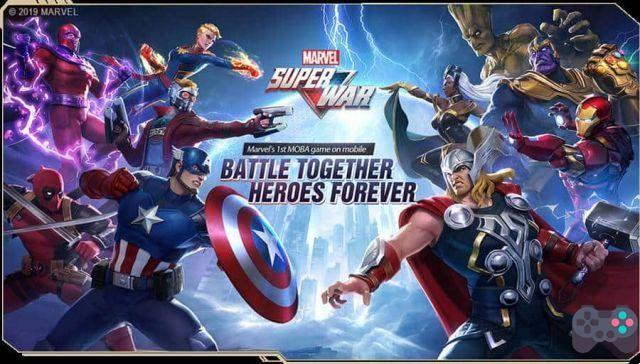 The MARVEL Super War beta was available to Southeast Asian players for the first time in May. More than 100 people participated. With the overwhelming response and interest from gamers, NetEase and Marvel announced the second beta test for November 21st, with a new enhanced version for the best experience.