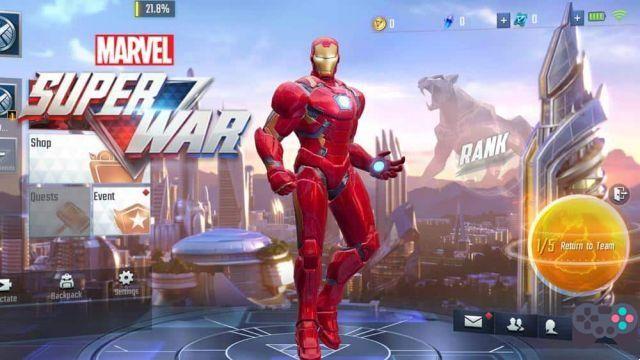 Marvel super war, game de MOBA with characters from comics and movies like the Avengers, will be released for Android e iOSglobally not December 19rd.

Marvel Super War is in pre-registration on both platforms and can be easily found on both Google Play and the App Store.

Developed in partnership with NetEase, Marvel Super War is a classic-style MOBA. Players will face off in 5v5 matches.

The highlight of course, are the champions, I mean heroes and villains that are faithful reproductions of Marvel characters.

Marvel Super War has been in beta testing extensively throughout 2019, with NetEase testing everything from performance to game monetization, all to make the title as enjoyable as possible without seeming too “greedy”.

Now it's launch time, and the game couldn't be better. Let's hope to have at least one server in Latin America.