Marvel Realm of Champions will close in March 2022 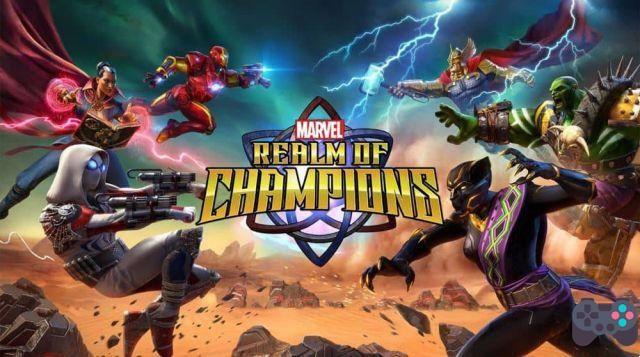 The game had a very interesting plot with a multiverse, multiple versions of the heroes and the possibility of very large customization. However, the gameplay concept doesn't seem to have excited players.

Although it had a relative success at the end of 2020, with more than a million downloads on Google Play alone, Marvel Realm of Champions does not seem to have reached the producer's expectations.

Note from the game development team:

It is with deep sadness that we will be closing the Marvel Realm of Champions on March 31, 2022. Today, the game will be removed from the App Store and Google Play, and you will no longer be able to make in-app purchases.

When we started developing Marvel Realm of Champions, we set out to create a fast-paced action RPG with competitive PVP battles and the ability to customize your own Marvel Champions any way you want. Despite making numerous adjustments and changes along the way, we were unable to deliver on the vision we had initially set out.

Before the servers go offline on March 31, 2022, we will be making game adjustments to bring you one last great Battleworld experience:

Marvel Realm of Champions started with a big question, who killed the Maestro? The answer to this question, as well as the story's conclusion, will be revealed here before the game ends.

We also want you to continue your Marvel adventures after the Marvel Realm of Champions comes to an end. We'd love for you to join our Sister-Game, Marvel Contest of Champions:

All Realm Summoners who participate (or are already playing) in the Contest will receive an adjustment package based on their Realm progress and investment
To receive this package, you must link your Realm and Contest accounts to the same Kabam ID
If you need help setting this up, please read our account registration instructions.

This game was a labor of love for us. We're not just game makers, we're Marvel fans. When we ventured out to make a game where we could tell a new epic Marvel tale and give you the ability to create your own Marvel Champion, we were more than a little thrilled. From the bottom of our hearts, we want to thank each and every one of you for joining us on this journey. We hope to see you in the Contest.

Perhaps the reason for the failure was the somewhat ambiguous concept. In an attempt to be a half-MOBA brawler without wanting to be explicitly MOBA, Realm of Champions didn't captivate the audience of the previous game, which was a fighting game. Real of Champions was a game that mixed PvE and PvP events. In the end, players didn't know if they were facing other players or if the match was even in real time.

The completely different gameplay of Contest of Champions, the studio's previous game, must also have gotten in the way. The previous game was fighting and this one was brawler almost PvE. It was very confusing for the player, especially for those who were fans of the previous game.

Interestingly, Contest of Champions is still going strong in the app stores.

Third time? Can you ask for music now, Kabam?

This isn't the first time a Disney/Marvel project with Kabam has gone awry. In 2016, the company launched the cool Star War Uprising. The game was good, but it was a failure of downloads. With the flop, Kabam laid off 8% of its employees. In 2017, the company made another blunder with Disney by creating and then canceling Star Wars Rivals.

Apparently Kabam is in trouble with Disney because of the Avatar game that was announced in 2016 and apparently was cancelled.

Bless Mobile was shut down before completing one year of release