Marvel Future Revolution: new game for Android and iOS will be an MMORPG 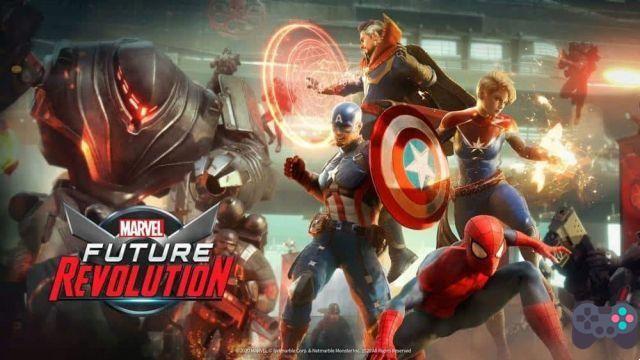 Marvel future revolution will be a open world RPG with characters from Marvel comics and movies. The game was announced at PAX East 2020. The game is being developed by Netmarble, the same producer of the hit Marvel Future Fight, and will have versions for Android and iOS.

The trailer released on the official Marvel channel has only one cinematic, but it is already possible to identify some characters that will be in the game such as Spider-Man, Doctor Strange, Captain America, Captain Marvel and many others.

But don't worry, there's also a trailer with in-game images. Check out.

The visuals are impressive for a mobile game. But the gameplay still leaves some doubts? Will it be a turn-based combat game, or will it keep the traditional gameplay?

The game's story is about "Convergence", a multiverse catastrophe in which universes collide, which means we'll be able to play the many versions of beloved superheroes.

Players become members of Omega Flight, which is the last line of defense in the universe. They are based in New Stark City. They are heroes who have come together from multiple realities to defend the universe.

Marvel Future Revolution includes a lot of customization for its heroes and is being developed for both hardcore and casual gamers according to Netmarble.

With information from Julia Zusk.

add a comment of Marvel Future Revolution: new game for Android and iOS will be an MMORPG