the aficionados of Marvel future revolution had good news this week as Netmarble, developer and publisher of the RPG, released a new update last Wednesday (26), bringing a lot of additional content and fixes, as well as characters like Mephisto, Hela and two new regions. 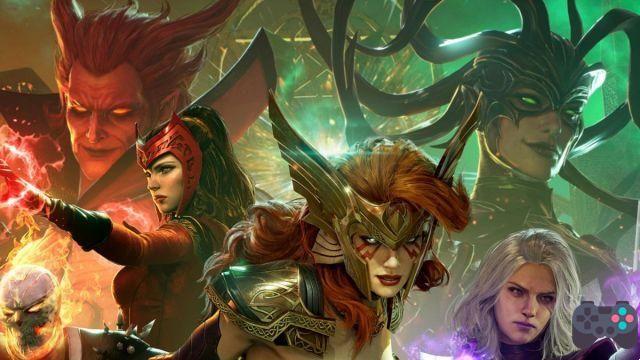 Hela the Queen of Death and Mephisto the Ruler of Hell together from two new regions for Dark Domain (Netherworld and Niffleheim) are now available in Marvel Future Revolution. The Lightning War has also undergone updates, where only players above level 115 will be able to face the Ruler of Hell in the new Blitz: “Devil's Reign”.

Mephisto is preparing several traps and a veritable army of demons to defeat the agents. In each of these traps, players will have to face hordes of demons in order to defeat Mephisto.

Speaking of levels, it will now be possible to reach level 120 as the developers have expanded it. The raids also feature two new difficulty levels for a total of five, but don't worry, Ghost Rider, Baron Mordo, Kasim, and Blue Bamf allies have joined the battle.

Check out a trailer introducing the new update:

Rewards could not be missing from this update, as players who log into the game for two consecutive weeks will be able to claim prizes thanks to the Dark Domain 14 Day Log-In Event. Among the rewards are: 1.000 crystals, Region Costume Selection Box 4 stars among other items.

It's important to note that Dark Domain's story will end in this update, but Netmarble has already confirmed that there are many uncharted areas in Prime Earth, so soon we'll have new areas and a new story to unfold in the RPG.


Marvel Future Revolution is an open world action RPG that is completely free to play, but has in-app purchases, and is available for both Android via Google Play and iOS via the App Store.

add a comment of Marvel Future Revolution gets Mephisto, Ghost Rider and more in new update