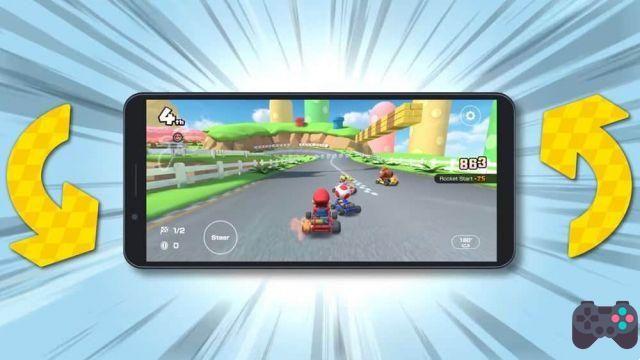 Mario Kart Tour (Android and iOS) will undergo a major update on the 21st (tomorrow). One of the novelties will be the addition of the “landscape mode“. With this mode, it will be possible to play with the cell phone “lying down” (horizontally).

As with online multiplayer, requesting a landscape mode is by far one of the most popular requests from players, and now Nintendo has decided to give us a go. Finally, the mobile game for Android and iOS is taking the form it should have at launch.

The screen prone mode can be chosen at any time. It is up to the player to choose between playing with the “mobile phone standing” or with it “lying down”.

The latest Mario Kart Tour events have added a lot of content to the game. Even Dixie Kong and Funky Kong from the beloved Donkey Kong series appear in the game in a May update.

After a start considered “very bad”, with strange gameplay and a lot of monetization, finally Mario Kart Tour starts to approach what it should be: a mobile version (read smaller) of Mario Kart 8 Deluxe. The game is getting "round", with good gameplay and very interesting modes.

We criticized this release a lot, but now we congratulate Nintendo. It's worth downloading again and checking out the update!