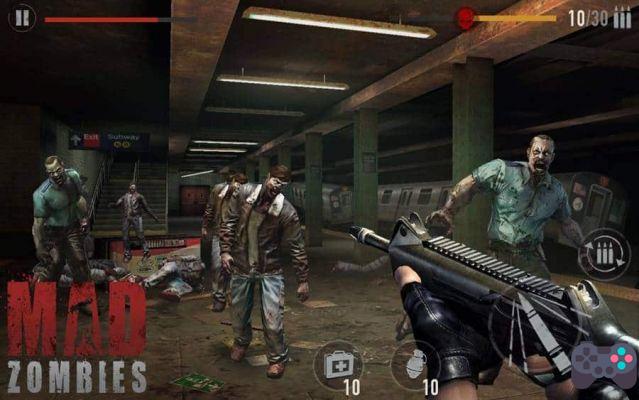 Mad Zombies is a shooter game with a very clunky feel. The zombie game starts with a redhead in a short outfit. You are the hero who must save her. Shoot the undead and don't let any of them take a piece from the girl.

It sounds difficult, but Mad Zombies is one of the easiest zombie games on Android. It takes little time to realize that it only takes one or two shots to kill the zombies.

Top 10 Best Shooting Games for Android and iPhone of 2017

The player does not control the character's movement, only the aim. Controls are simple and straightforward.

Anyone who has a weak cell phone or just wants an offline shooting game with zombies, will delight in Mad Zombies. The game is very simple, with direct action, many stages, many weapons and a good variety of enemies. The “canastrona” footprint makes for good laughs.

Magic: Mana Strike is released for Android and iOS in Spanish ❯