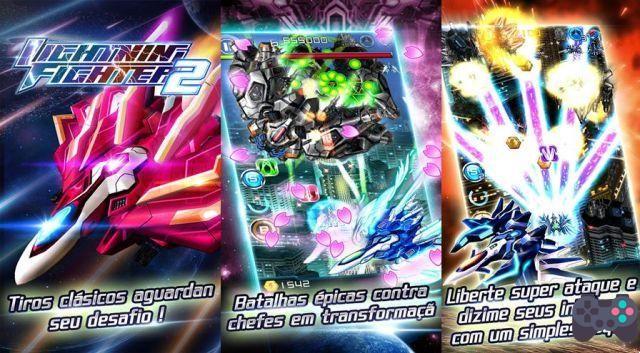 Lightning Fighter 2 is a thrilling spaceship game where you have a simple mission. Blow up all the enemies that appear along the way. The game has been available on the App Store and Google Play for quite some time, but it hadn't appeared to the general public until a recent update. Available for Android and iOS, the game is free to download and play.

The visuals are quite colorful with lots of explosions and gunfire happening across the screen. Despite the simple gameplay, the game is a good challenge with missions full of enemies and powerful bosses. There are only 68 MB of data to download.

As a light 2D game, Lightning Fighter 2 works very well on the vast majority of Android devices. On iOS, there's no problem without running the game on iPhone 4, iPod Touch 3 and the first iPad.

Lightning Fighter 2 is very reminiscent of Cave's shoot'em up games. If you're into the genre, be sure to check out Espgaluda 2, Deathsmiles, and Dodonpachi Resurrection.