Liberty City: another GTA V clone that tricks you with a thumbnail

From the creators of Infinity Kingdom, Forsaken World: Gods & Demons and Dynasty Origins: Conqueror, Liberty City is a new strategy and auto combat game, or “AFK”, which is reminiscent of mobile games that are inspired by Rockstar's Grand Theft Auto. 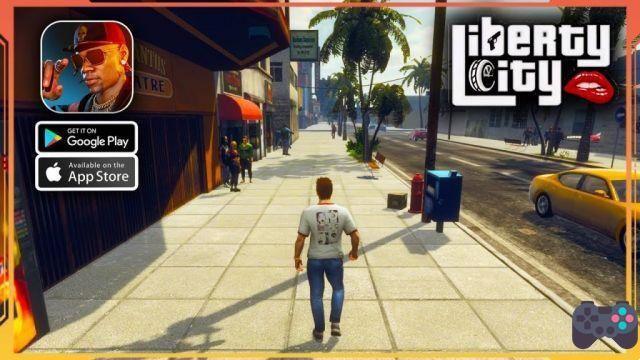 Despite the great desire of mobile game fans for "GTAs Mobile", we still haven't had a true experience like the games starring Carl Johnson among other iconic characters in the series.

Liberty City could perhaps be a game that will please this part of the fans, as it presented graphics similar to the iconic games in its beta test launched on January 26, which is available today through Google Play or via APK.

Developed by Youzu (Singapore), publisher of the games mentioned above, including some licenses from franchises such as Knight of the Zodiacs and Game of Thrones, Liberty City is a strategy game in gang wars with elements of automatic combat.

Apparently, the game was announced in 2020, according to the creation of the Liberty City page on Facebook, entering only last Wednesday (26) in beta testing or early access.

Liberty City has a third-person gameplay, to explore the city and the like, but when entering combats, the game automatically gains a view from above and turns into more automatic combats, in which players need to activate a special skill when it is loaded. The developers also promise a fully AFK mode, which according to them will be “relaxing”. Check out a gameplay:

The game also features Light Novel-style moments, digging a little deeper into the narrative that we'll see more in the official release of Liberty City. Character and base customization are also two features that are available in the game, allowing players to equip items and furnish their homes as they wish.

In the game trailer, you can also see that there will be vehicle customization, from license plates to colors and models. Characters and heroes will also be present, being able to form your gang, which according to the developers, this “means infinite possibilities of strategy”.

Already in the story Liberty City tells the steps of us players as the protagonist who beat his boss and was fired. Fortunately, his childhood best friend Bev invited him to join their organization to take over Liberty City.

Youzu didn't reveal much information about Liberty City, despite that, we have some important points to point out. The game will only be released for Android devices, it seems, but we still don't have a definitive release date.

Already in early access, players will need a device with approximately 800MB of available space, in addition to an Android 6.0 system or higher. You can access the beta test through Google Play.

Remaster of the classic GTA trilogy divides fans on the Internet

GTA V comes to Android through xCloud (but not in Spain)

Life is Strange is in pre-registration on Android! release will be very soon! ❯

add a comment of Liberty City: another GTA V clone that tricks you with a thumbnail