LEGO in partnership with Tencent is launching a game very similar to Minecraft. LEGO Cube (LEGO Unlimited) is in testing and should be released globally soon. The game has versions for Android and iOS.

LEGO Cube it's not exactly identical to Minecraft, but we have a very similar game cycle here. Open world, crafting menu and co-op mode to explore the game world alongside your friends.

The focus on survival is also one of the elements that are very reminiscent of Minecraft. The player can defeat mobs that yield food, build fires to better prepare food, and so on.

As is to be expected also your first objective is to collect wood and build a house. The game is focused on the younger audience and has very easy to understand construction menus.

Cute and very friendly. LEGO Cube Unlimited, for now, will only have versions for the Chinese language, but I wouldn't be surprised if the game arrives later this year in the west. 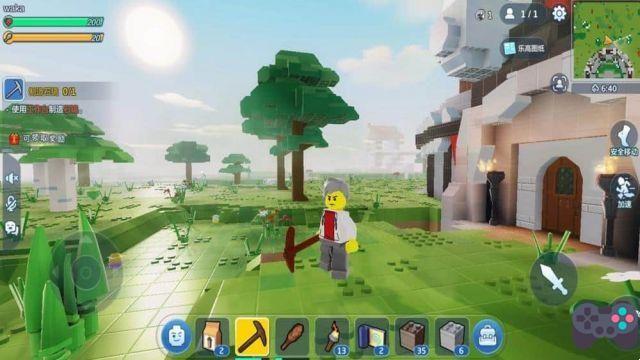 Check out the download links below. To test the game you need to have the WeChat app installed on your phone.

LEGO The Lord of the Rings finally comes to Android ❯