Originally released in the 2000s for PlayStation in the West, Square Enix's remastered Legend of Mana has arrived globally for mobile devices, both Android and iOS. The game arrived in a premium form, in addition to being remastered in HD on both platforms. 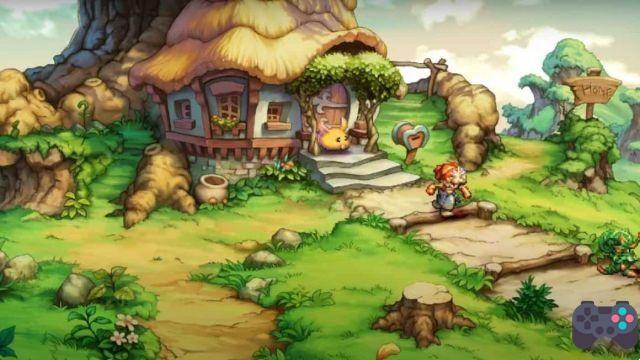 Legend of Mana revolves around an unsung hero who has an important mission to restore the Mana Tree and, consequently, the Land of Fa'Diel. The game's remaster was announced by Square Enix in February of this year, and was released for Nintendo Switch, Playstation 4, and PC via Steam in late June, and was recently released for mobile devices.

The game is an RPG with several elements from other genres such as beat 'em up, bringing a great focus on its narrative and colorful and cute characters. In addition, the game has a world-building mechanic, where you can rebuild entire cities as you expand the map and complete missions.

Speaking of which, the missions (quests), whether primary or secondary, are extremely important in your progression and for you to discover for yourself the secrets and events of the world. Exploration is very present, stopping to discover new cities and exploring dungeons filled with monsters.

The new port/remastered of Legend of Mana brings other features including the “Ring Ring Land” minigame that was exclusive to other regions and is making its official western debut. Unfortunately, the adventure is not available in PT-BR, which can make the game difficult, since the narrative and dialogue with the characters are extremely essential.

As for the requirements to run on iOS devices, an iOS 13.6 or higher system will be required, as well as 683,6MB of free space. On Android, you will need a device with Android 5.0 or higher and 628MB of free space.

You can purchase the game from Square Enix, both on Google Play and on the App Store, for the price of R$124,90. The game doesn't have any ratings on the Spain store pages yet.

add a comment of Legend of Mana: Classic RPG arrives remastered on mobile