League of Legends: Wild Rift is “LoL Mobile” (and other livestream news) 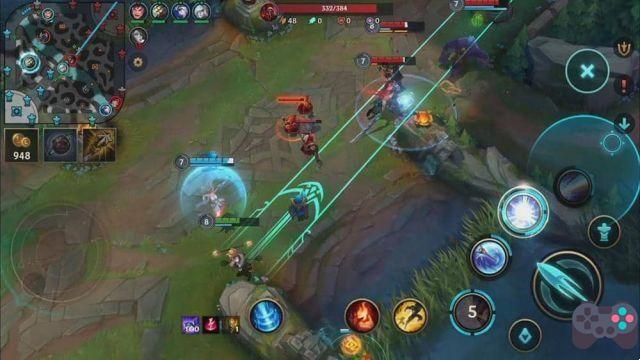 During a broadcast celebrating the 10th anniversary of the launch of League of Legends, Riot Games took the opportunity to announce new mobile games, among them League of Legends: Wild Rift.

League of Legends: Wild Rift will not be a direct port of the hit PC game, but it will be very close to the original. The game will have the same 5v5 combat mechanics in MOBA style.

In short, it's the same League of Legends we know well, remade from scratch to be released on consoles and mobile.

League of Legends: Wild Rift will only be released in 2020 with versions for consoles and mobile phones. The game will be released simultaneously for Android and iOS.

Riot revealed that the main change will be with regards to the length of matches. Some mechanics (and especially the map) have been simplified so that matches last a maximum of 20 minutes.

😎 Masterful moves
✨Brilliant Maneuvers
👀 Sure pulls (or not)

In 2020, League of Legends arrives in a SPECIAL version for mobile devices and consoles! #League10

League of Legends: Wild Rift will use the same champions as the PC version of LoL. And from the screenshoots and videos, we can see that it's the same LoL mobile that was leaked in a gameplay in August.

– Mobile version of Teamfight Tactics has also been announced

Also revealed in the same broadcast, the mobile version of Teamfight Tactics, the strategy game very similar to Auto Chess, but which innovated with a slightly different gameplay.

Set in the world of League of Legends, Legends of Runeterra is a strategic card game where your skill, creativity and cunning determine your success. Choose your Champions, combine cards from different regions — each with its own style and strategic advantage — and create the perfect deck to outrun any opponent.

Register now and participate in the Early Trial: http://playruneterra.com/pt-br/

Games are pre-registered on Android and iOS.

add a comment of League of Legends: Wild Rift is “LoL Mobile” (and other livestream news)