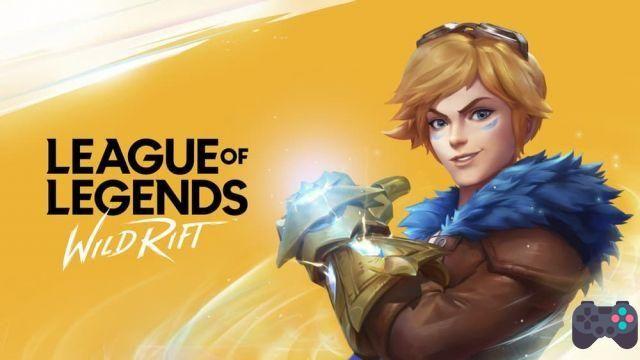 All information in this article is based on a RIOT OFFICIAL ANNOUNCEMENT. Look here.

In fact, on the official website, not all compatible phones are listed, but for League of Legends Wild Riftl it is defined that you need to have at least one Snapdragon 410 e GPU Adreno 306.

This means that any Android smartphone from 2014 with at least 2GB of RAM should run the game.

Example of Android smartphones to run League of Legends Wild Rift. This is an unofficial listing, the game should arrive with absurd compatibility, so there's no need to worry.

As we can see, the game's minimum requirements are really low. I believe that only really very old phones like the first Moto G (2013) and Galaxy Pocket will be incompatible.

League of Legends Wild Rift is compatible with old smartphones with 32-bit processor. If your device is old, but has 2GB of RAM or more, it will most likely be able to run Wild Rift on the “low” video setting.

Smartphones with a 64-bit processor, but a 32-bit system (ROM), will also be compatible with Wild Rift.


To check which architecture your smartphone's processor is on. Download an app that shows its specs, like 64bit checker.

– Watch out for “root” and “alternative ROMs”

It is worth remembering that League of Legends Wild Rift game compatibility may depend on factors other than technical specifications.

It may be that Riot doesn't want rooted players to be able to access the game. For those who don't know, root is a procedure that unlocks the smartphone to access the "administrator" level of permission to run applications. Usually companies don't like this because it allows the use of mods and hacks within the game.

Another thing that Riot can “get in trouble” is with so-called “alternative ROMs”. If a ROM was not certified by Google for “Google Apps”, the game may appear as “Incompatible” when you search for it on Google Play.

On iOS things are a little simpler. Riot just disclosed that it intends to offer Wild Rift for devices like iPhone 6 or higher.

iPad compatibility was not mentioned. But we can expect something like iPad 4 or higher.

League of Legends: Wild Rift is “LoL Mobile” (and other livestream news) ❯