League of Assassin: OFFLINE action game for Android and iOS 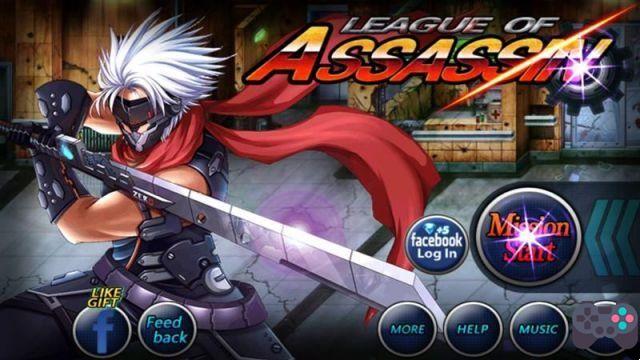 League of Assassin is an action game for Android and iOS which, at first glance, may seem to require an internet connection. but it works offline. The game brings characters with anime look in a title with a lot of beating and devastating blows.

You start the game controlling a girl with silver hair and short clothes. This schoolgirl will face hordes of zombies. The beginning of the game is pretty cool, with the game showing all the moves you will acquire as the character evolves.

Here comes the bad part. Everything is removed and you are left with just a normal hit and a space skill. The game is full of in-app purchases, but they are optional.

The game was Chinese, and won an English version. The translation has its problems, and it will be normal to get confused with some messages. Like the one that says “missing MP”, which shows the bizarre “Lack of MP” message.

The positive part is that League of Assassin is easy to play and ideal for passing the time. For those looking for a light 2D game to pass the time, this game has good surprises with more characters to choose from. To evolve the character does not take long and it is possible to zero without spending a penny.

League of Assassi is the most dynamic and cool action game. And combine online RPG games line. Join the League of Assassi, allowing you to experience real arcade fighting.

Assassin's Union arcade game heritage, but a homage classic. The League of Assassi has superb cutscenes, cool combinations and beautiful special abilities. At the same time, you can also use equipment and weapons to increase your defense value. Fighting the horizontal version can light up your passion, the endless combo can make your blood pump and exciting! The most exciting fighting game is waiting for you!


Hard monsters are richer rewards, you can grant, more combined, higher levels; Hidden BOSS will give more generous rewards. Then you can kill the monster level up. Demon hunters and demonic assassins who fight people who are in the shadow of the background power. Can you be a true heroic legend of the demon world? Challenging adventures and emotions to give you the feeling of excitement!

add a comment of League of Assassin: OFFLINE action game for Android and iOS