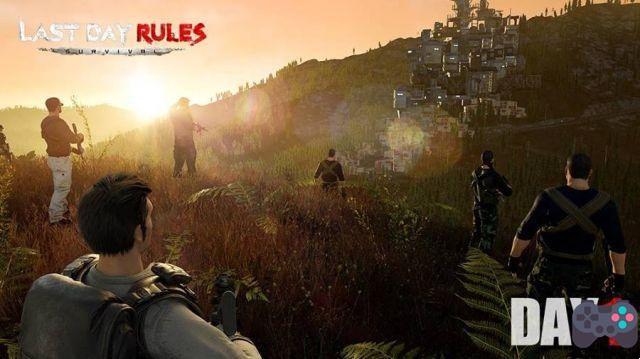 Last Day Rules Survival is a sandbox survival game that bets on online multiplayer. The game has a proposal similar to that of Rust and SCUM (PC). The title is in testing on Android, but you can test it right now by downloading the APK.

What makes Last Day Rules Survival so cool is the fact that it has no game-controlled enemies. All the threats you will encounter are actually other players.

There are mobs like animals to hunt and eat, but there are no massive zombies like in LifeAfter (which is more RPG). However, there is a PvE mode for those new to this style of play.

The gameplay is "persistent". In other words, this is a game that “continues”, but which in the end feels like a mix of “hardcore survival” with Battle Royale.

CODE: Tencent's Live will be a zombie survival game

Try to survive as many days as possible in this game that is pure adrenaline.

Check out the trailer.

Last Day Rules Survival is not yet available in Spain (although the game appears on Google Play). The game can be played only by APK Pure. Just download XAPK and play.

The game size is 641 MB. The minimum requirement is a mid-range smartphone with at least 2GB of RAM.

It is worth remembering that Last Day Rules Survival is still IN TESTING. Don't be surprised by some bugs and errors, it's normal at this stage of development.

Tencent has two projects in this style. One of them is a PUBG Mobile mod and the other is CODE: Live. However, the latter has zombies.


Last Day Rules Survival has a real chance to shine as a standout game on mobile. The game is being developed by a small studio in China and I really hope it works.

The game is in XAPK format (APK+OBB). To install you must have the pure apk application installed.

Law of The Jungle: How to Download APK and Play on Android ❯