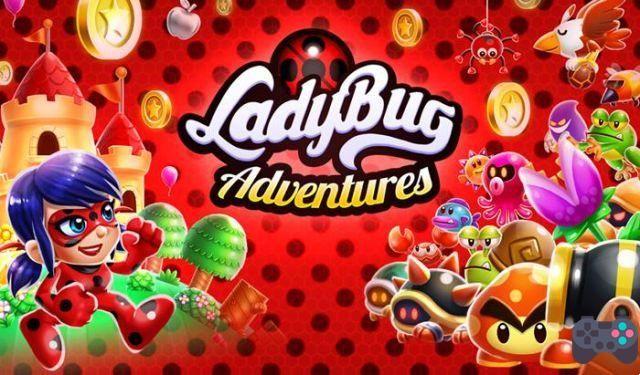 Miraculous: The Adventures of Ladybug is yet another 3D animation snatching children from all over the world. The cartoon shown on Gloob since 2015, began to be a resounding success in Spain earlier this year. Despite not having official games, the animation is also successful in Android and unofficial games collect millions of downloads. Check out some.

They are simple games of questionable quality, but they bring Ladybug, Ladybug, Cat Noir and the villain Hawk Moth. The most po of them is  Ladybug Adventures World, a clone of Super Mario World. The gameplay follows the same pattern, you jump on enemies to defeat them, Gumbas and Turtles. All in the same scheme as the Nintendo classic. The curious thing is the mushroom, here is a symbol of Apple(?).

Other LadyBug games are usually very similar to Subway Surfers or platform games. Some even have a good quality, but they sin for not exploring the plot of Marinette and Adrien.

Despite having only one season (the second premiere in June 2017), LadyBug collects impressive numbers on Google Play, any animation-related game easily surpasses 100 downloads. The most popular of them, Ladybug Adventures World has over a million downloads.

For those who are going to download this kind of game for their daughter or son. We recommend turning off cellular Wi-Fi. The amount of ads in this type of game is absurd. O Ladybug Adventures World and the game that has fewer ads, even so, we recommend turning off 4G and Wi-Fi to avoid accidental purchases.

Mobile games are already more than 50% of the games market! ❯

add a comment of LadyBug games are successful on Android! Meet!