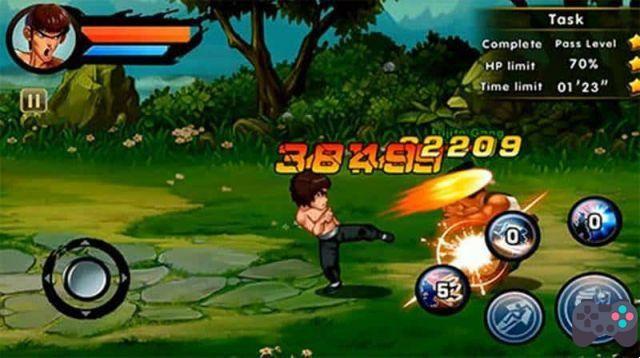 Kung Fu Attack is a 2D action game that mixes Beat'n up with RPG. Available for Android, you control a character similar to Bruce Lee and must beat up several enemies. Free and offline game.

The plot is the least important thing in this fighting game. Face many evildoers at the same time and make incredible combos.

With simple commands, Kung Fu Attack has controls that are very easy to understand. On the right side of the screen are the action buttons, with normal moves and special attacks.

King Of Kungfu:Street Fighting is an offline game for Android and iOS

In the beginning, the game gives you the option to use all the attacks, as a way to learn what each one of them does. Afterwards, the player starts again “from scratch”.

The battle animations are a show apart. A game with very beautiful blows.

Kung Fu Attack is quite light and will run smoothly on the vast majority of Android phones.