Knights of Pen and Paper 2 is a fun offline RPG available for Android and iOS. All in Spanish, this game pays homage to classic tabletop roleplaying games. You control five characters who embark on a crazy adventure.

As with the previous game, Knights of Pen and Paper 2 is a play between a parallel between current RPGs and the classic tabletop RPGs from which the electronic versions originated. 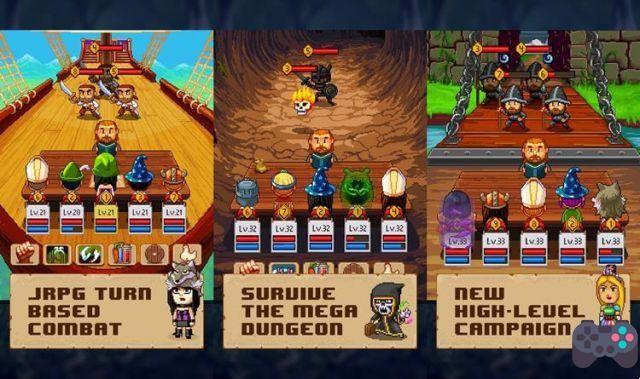 On a table somewhere, the game master will narrate an adventure and five characters controlled by you will automatically be converted into RPG clichés. With fewer jokes than the first game, Knights of Pen and Paper 2 still has those fun pop culture references (like movies, series, etc).

The game has been converted to a free game (those who bought it continue to see the paid version). Despite this, it is possible to play a lot without having to shell out a single penny. The best part is that the game works without internet.