King Legion: Overwatch Mobile has problems in its beta test 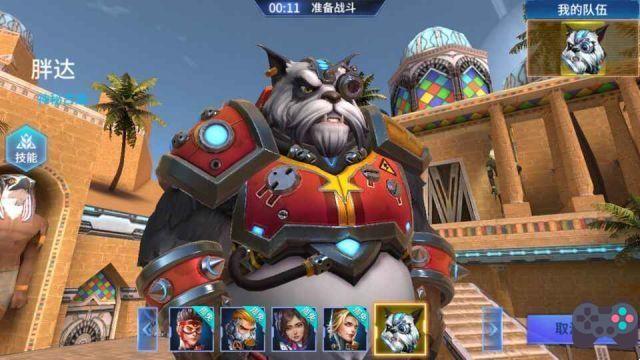 King Legion (王者军团), affectionately nicknamed here in Spain as Overwatch Mobile (Android and iOS) is in open beta testing in China. The beta is already over, and it's already the second test that the producer Tnyoo carries out to check the feedback and how the servers support the amount of players online.

>>Heroes of Warfare: Here's how to play this “Overwatch for Android”<

It's no use despairing, because to be able to play the game, you need to have a cell phone from China. The servers accept to send SMS only to cell phones in that country. Even if you can, playing it will be another story as the game servers are full. Even Chinese players are experiencing pings over 150ms and server disconnections.

Production on the game looks like it will continue and it will finally be released soon. Surrounded by controversy, Tnyoo needs to be very careful not to take a lawsuit from Blizzard. Even when not using original Overwatch assets (as was the case with that first game that was canceled), King Legion can be terminated if the producer leaves the gameplay very similar to Overwatch.

There is no prediction that King Legion will be released in the west, or playable in Spain. Although it is common for Chinese games not to have a region lock, some games require confirmation of registration via SMS from a Chinese cell phone, which makes it impossible to play.


Just to be clear. The producer will also hold a third open beta. King Legion has yet to be officially released. When the game is finally released, we'll try to play it and if there's a way to play it here in Spain, we'll teach you how to create an account and log into the game.

add a comment of King Legion: Overwatch Mobile has problems in its beta test