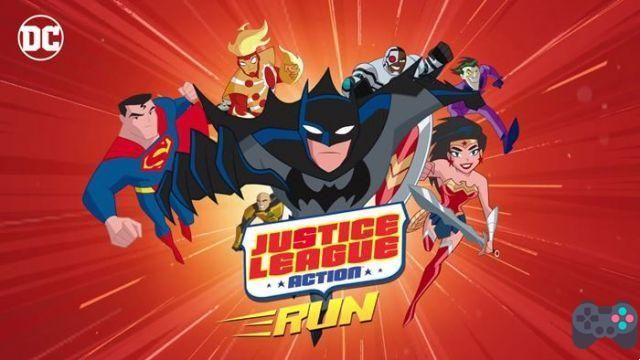 Justice League Action Run is the official game of the new animation from Justice League. In command of DC heroes like Batman, Wonder Woman, Human Torch and many others, the player must fulfill missions in a running game, but that is not with unlimited scenarios.

Just to be clear, Justice League Action Run is not an infinite runner game. The main objective is to fulfill missions required by the game, such as attacking targets and defeating villains like the Joker.

Justice League Action Run has identical commands to most endless running games. Therefore, the game doesn't even bother to explain its gameplay.

The highlight of Justice League Action Run is the graphics. The look is colorful and identical to the cartoon. The missions are repetitive, but the good news is that you can play offline.

Action Run doesn't do very well with cell phones with little processing power. Devices such as Moto G3 and Galaxy J1 may be slow or not run at all.

Justice League Action Run doesn't rescue the nostalgia of SuperFriends, much less is good enough to make players interested in animation. It's just a game that bears the name of the new Justice League animation, without bringing any really new elements to the racing game genre.

Link to Download on iPhone and iPad (App Store)