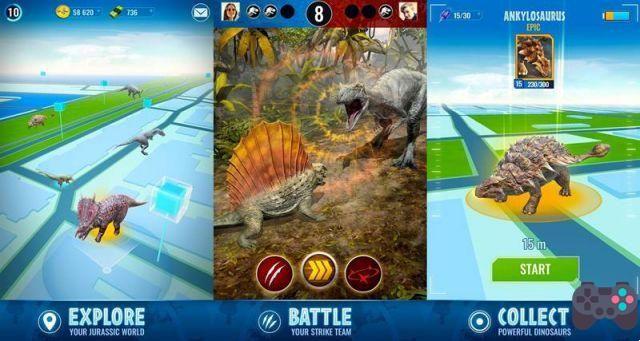 In addition to Pokémon, you will soon be able to hunt Dinosaurs with your cell phone. Ludia in partnership with Universal have just announced Jurassic World Alive, new geolocation-based game for Android and iOS. The game is already in pre-registration.

The game will feature the same type of gameplay as Pokémon GO. The player will pull out their smartphone while walking in order to collect animal DNA samples. It will be possible to see dinosaurs and take pictures of them. According to the producer there will be battles between players as well.

Apparently the game cycle will be like this. The player collects dinosaurs for battles with other players' dinosaurs. Have you seen this movie before?

– The fever of geolocation and AR games

After the success of Pokémon GO, I think it took a while for more games of the genre to appear. This year alone, Ghostbusters, The Walking Dead and now Jurassic World are planned.

add a comment of Jurassic World Alive: new game in the same style as Pokémon GO