Juggernaut Champions: Free Game to Download on Android and iOS 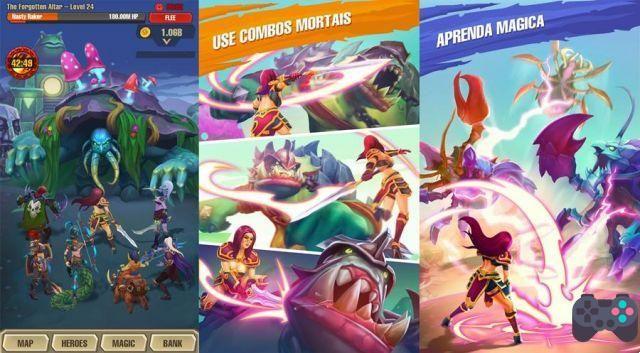 In the game, you control a group of heroes, in the best medieval style, where the main objective is to defeat monsters. In Juggernaut Champions, interaction occurs only in one way, tapping the screen quickly. Tap to kill monsters until your fingers fall off, simple as that.

It's the kind of game that is simple and addictive. Therefore, care must be taken not to have an RSI (Repetitive Strain Injury). The game does not require any kind of strategy to defeat the monsters.

The only frustration that will be in this game is the delay there is to complete all the scenarios, a task that can take months. But the thing here is to pass the time. That's why in Juggernaut Champions your heroes don't die.

Juggernaut Champions is a casual hobby that can be played offline (The game only requires connection to download the fourth map onwards). Juggernaut Champions does not display ads, which is a blessing for a game of this style. The great attraction of the game is to reach the end, but be prepared because it will take a long time.