Jugg Wars it's a new shooting game that is offline and that arose in Google Play recently. The game consists of facing several enemies that are terrorizing a city. The game is at an early stage of development, but it has promising gameplay and visuals. 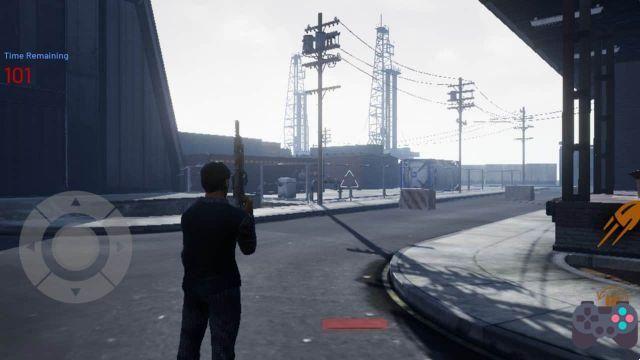 The gameplay simulates an online multiplayer shooter, but when you turn off the internet, you realize that you are actually facing enemies controlled by the game. One of Jugg Wars' differentials is the possibility of getting into robots to face your opponents, something similar to what we had in the NOVA 3 game.

The shooting is in third person, with fast action (and deaths too). The graphics are a little blurry, but that's because of the gameplay's focus on speed. However, the difficulty can be frightening. In the game, your character is very weak and enemies are literally “bullet sponges”.

The game has two modes that are literally the same thing. The player faces enemies in a setting that looks like an electricity substation. As you earn tokens, by defeating enemies, the player can unlock 2 new scenarios.

Jugg Wars does not have any gameplay screenshots on Google Play. Which is strange, given that it looks interesting (is it a copyright issue?). Of course, it's not the game with the best graphics today, but for a game probably made by one person, it looks promising.

add a comment of Jugg Wars – OFFLINE Game for Android