John on Fire is a top-down shooter. The game is offline and has a plot inspired by John Wick's movies. Our protagonist's cat has been kidnapped, and now he goes on a fearless adventure to recover his pussy and detonate his enemies.

The game proposal is quite simple. John on Fire is actually still in testing. The game is available on Android as “unreleased”. 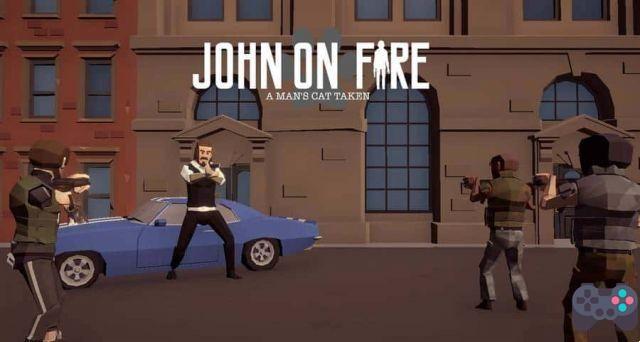 Controls are easy and identical to most “dualstick shooter” shooter games. Move the character with the left stick, and aim and shoot with the right. John on Fire has a shop to buy new weapons. Fortunately, most in-game purchases do not require real money.

John on Fire displays ads only when connected to the internet. The game works very well offline.

One of the great things about John on Fire is that it's not just a shooting game. There story is even cool, and has minigames with varied gameplay.