Jetpack Joyride Gets Back to the Future Themed Content 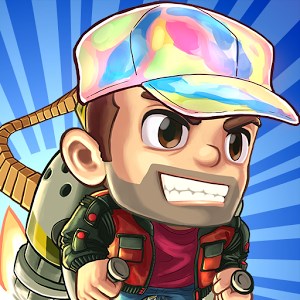 The game jetpack Joyride (Android, Windows Phone and iOS) just got an update that brings a bunch of content based on the popular 80's movie"Back to the future“. With the update, it is possible to ride the flying skateboard from the movie and even drive the DeLorean. Check out the fun trailer below.

Pretty cool right? I found the animation a lot of fun and seeing Barry Steakfries dressed as Marty McFly brought back good memories of the time, like the “Didi Back to the Future” comic, released at that time, do you remember?

Returning to the game, and speaking especially for those who don't know, Jetpack Joyride is a fun casual game in the style of infinite running. We control a guy who steals a jetpack in a strange lab. The objective is to evade the scientists and try to get as far as possible.

Jetpack Joyride has a colorful look and great animation. The game has already won several awards, as the title was originally released in 2011 (it's been a while).

Jetpack Joyride is available for Android, iOS and Windows Phone, but unfortunately, the update has only arrived for Android and iOS. below, you see the links of the respective stores.

Link to download the game directly from Google Play (Android)

Link to download the game directly from the App Store (iOS)