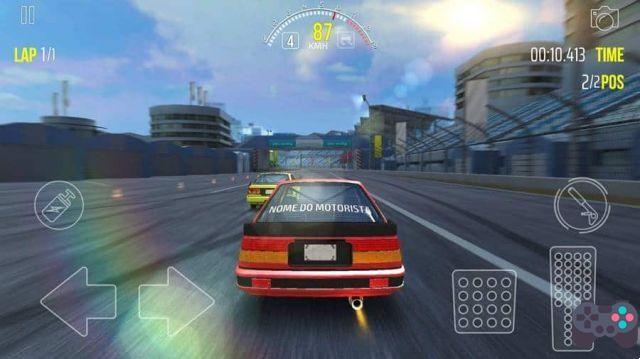 JDM Racing is a racing game for Android that draws attention for its nostalgia and for being completely offline.

The cars in the game are mostly the classic Toyota Sprinter “Trueno” AE86. A popular car among Drifting and “Initial D” anime lovers.

However, JDM Racing is not exactly a Drifting game. Despite this driving style being present in the game, the developers focused on back and drag races. The title is from the same creators of Drift legends.

Drift Hunters: Drift in an offline game for Android

The game has simple and easy to understand controls. Unlike other mobile racing games, you need to speed up, the game doesn't do it alone.

You can drift at any time, but the focus is on winning races. Only the “techno” songs from the early 2000s were missing.

JDM Racing is a bit heavy for smartphones with little processing power. But if you have a good machine in your hands, you will enjoy a game with simple but very beautiful graphics.

add a comment of JDM Racing – OFFLINE Game for Android