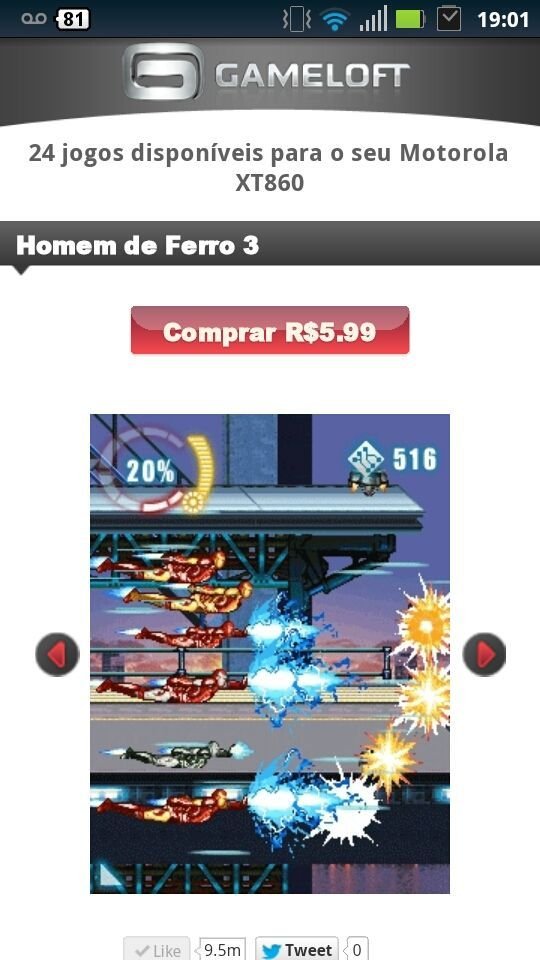 The Iron Man 3 game was a double disappointment for me, the version for smartphones with Android and iOS is a good game, but with complicated mechanics and purchase options that are almost insulting. The fact that the game has no end and a story that basically goes around, led many people to be disappointed with the game. Collect all armor? Just being a Billionaire!

For those who have Android and are a fan of games with an old look, there is hope. The Java version of Iron Man 3 can be purchased and downloaded without any problems directly from the Gameloft website.

The video above is from the version for Java mobile phones with a 240×320 pixels screen. Below you can see how the game was played on touchscreen phones, it is this version that will be downloaded by your Android smartphone.