JackQuest is released for Android and iOS

JackQuest – Tale of the Sword is a 2D platform and action game developed by Blowfish Studios and to be released on mobile by Crescent Moon Games. The game is inspired by past classics like Metroid and Castlevania, and delivers that simple and nostalgic gameplay from the 90s. 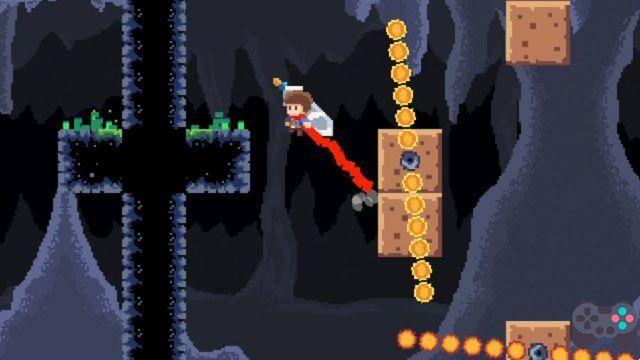 JackQuest was released globally on the iPhone and iPad. On Android the game is as "Not Released", but it is possible to download and play without problems. JackQuest is a paid game and costs around R$18,90 to R$22,90.

One fateful night, when young Jack takes the beautiful Nara for a walk in the woods, his love is kidnapped by the villainous Orc Korg. Coming to his rescue, Jack dives into Korg's cave, where he finds a strange sword that becomes an unlikely ally.

In JackQuest, players will explore the cavernous depths of Korg, a lair full of labyrinths. There, they will solve puzzles, discover new power-ups, collect weapons, and challenge underground opponents, including massive bosses.

add a comment of JackQuest is released for Android and iOS