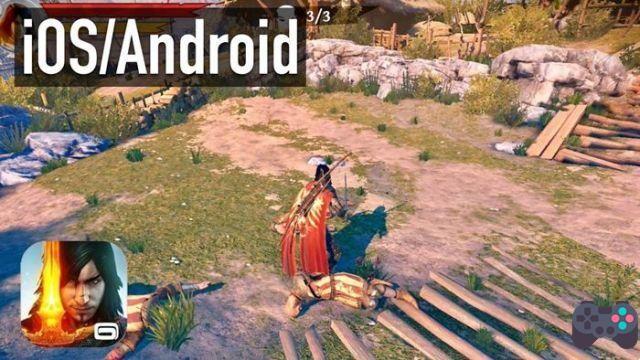 Gameloft has started another open beta (soft Launch). This time it's the game Iron Blade: Medieval Legends, a title that took us by surprise. The game has many similarities in combat with console RPGs like Shadow of Mordor, The Witcher 3 and others. Check out gameplay below.

The game is amazing. It's 2.1 GB on iOS and the gameplay looks very interesting. In Iron Blade, you control a templar who must help humanity get rid of demons that came out of the depths of hell.

The bad news is that from the synopsis, we found that the game is online and focuses on that aspect. In addition to the campaign, there will also be PvP arenas. A pity because a game with this type of gameplay works much better for a premium game and not a freemium one.

It is also a little disappointing that Gameloft is focusing on creating a new IP, rather than working on existing ones. Wild Blood and even Soul of Darkness would fit in very well with Iron Blade's proposal.

The game is now available on iOS (Philippines App Store). Iron Blade is free to download and play. On iPhone and iPad, the game weighs 2.1GB and requires at least iOS 8.0. The minimum configuration on iOS is an iPhone 5S or iPad 4.

Link to download the game from the Philippine App Store

Iron Maiden: Legacy of the Beast Now Available for Download on Android and iOS ❯

add a comment of Iron Blade: Gameloft starts soft launch of another game for Android, iOS and W10