It is worth remembering that this is the global release of T3 Arena. It will not go to Google Play, as the producer wants to promote its own Store, TapTap. T3 Arena already has servers in Latin America. 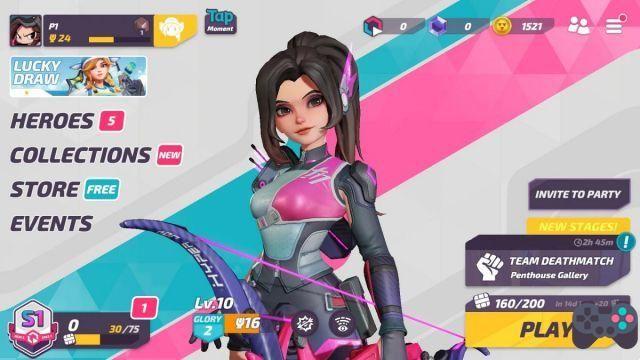 T3 Arena is a fast-paced mobile shooter where players choose one of several characters across various game modes and maps. Regardless of which modes and characters you choose, weapons aim and fire automatically to make matches more accessible to players who are not experienced in marksmanship. With quick three-minute matches, the T3 Arena offers a perfect gaming experience for everyone.

A new character entering the arena is Hua Ling, who uses her compound bow to fire heavy arrows from a distance. Like every playable character, Hua Ling has various active, passive, and ultimate abilities. One of her ultimate abilities is Whirlwind, where she summons an advancing tornado to trap enemies and damage them.

From the notorious hacker Shell with his gauntlet drones to the Aleta and his automatic pistols, there's a character that's perfect to suit everyone's playstyle. T3 Arena. Utilize these characters to compete in one of eight game modes such as classic team deathmatch and Clash, a new elimination-based mode where players do not respawn after defeat. The first team to take home victory in three out of five matches wins. Players can select one of 18 characters now available with much more to come in the future.

Into the Badlands: AMC series game comes to Android ❯

add a comment of Inspired by Overwatch, T3 Arena comes to IOS (already available on Android)