Published by the new mobile publisher, Playbest Games Limited, and developed by FunCun Indie Game, Indies’ Lies is a deck builder with roguelike elements that has recently arrived for Android and iOS, due for release on PC via Steam this December. 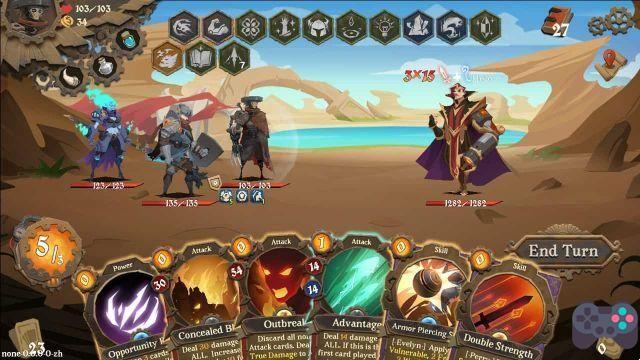 Indies' Lies is very similar to Slay the Spire, however, its main advantage is that it is free to download and play.

In Indies' Lies we follow the history of human civilization, in a world created by gods, which came into contact with a new deity called Indies who not only brought a new faith but also a new era.

The game is a card and deck building simulator with elements of the roguelike genre, such as procedurally generated levels, which takes us into a story and narrative mode wrapped in mystery.

According to the publisher, the game can be “Fun for beginners, depth for the experienced”, as many optimizations were put in Indies' Lies, where Playbest claims to be a differentiator of Deck Building games. Check out a gameplay video:

In addition to these features, players have a very extensive skill tree, with over 200 talents to unlock, as well as three classes/professions available to choose from.

The game arrived on September 23 of this year for Android and IOS and it is not a paid game, where you can download it right now both on the App Store, if you use an iOS device, and on Google Play, if you use the Android.

If you're interested in the game, check out some additional information before playing it. To install Indies' Lies on Android, you will need 845MB available on your device, plus an Android 5.0 operating system or higher.

On iOS, players will need iOS 10.0 or higher systems and 980.8MB available. The game is free to download on both platforms, but has in-app purchases.