Immortal Awakening is an anxiety-killing MMORPG by Diablo Immortals

For those who are waiting for Diablo: Immortals, we have another option while Blizzard's mobile game doesn't show up on mobile devices. We're talking about the Taiwanese MMORPG Immortal Awakening that entered closed beta testing last week. 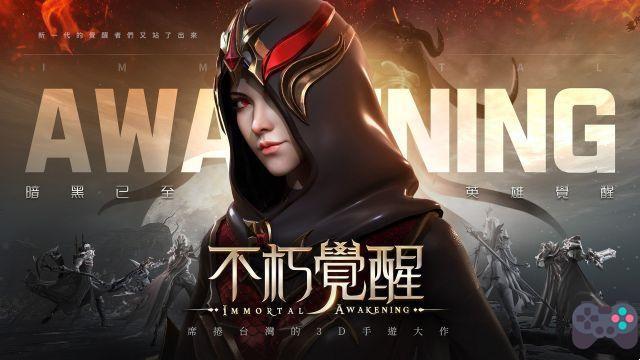 Immortal Awakening is an MMORPG, therefore online, in the Korean style and with an isometric view, very similar to what we saw in the acclaimed Diablo trilogy. In it we are placed at the Top of the North, where we will start our journey with our companions to save the world that suffered the fall when the angels fell and the King of Demons revived.

To face this evil, players will be able to choose between four classes, namely: Barbarian, Demon Hunter, Mage and Necromancer, which can be buffed with equipment acquired by defeating monsters in their long play, making the hero even stronger. Check out some gameplay from the MMORPG below:

To acquire even stronger equipment, players will be able to try their luck and fight the game's bosses, being able to obtain very rare items. And of course, to be able to easily defeat these bosses, there's nothing better than a powerful little help, and that's where the magical Pets come in.

In Immortal Awakening, players will be able to capture, evolve and care for magical pets that will help them on their journey. To further develop their combat power, these animals will be able to evolve, making them even more ferocious and being a hand in the wheel to face enemies.

The closed beta test started last Tuesday (15th) and will last until March 7th (two weeks from now). For now, testing is being done for Android only, and we believe it is the only launch platform for mobile devices. Another relevant factor is that, apparently, the test will only be carried out in the region of Thailand.

Interestingly, microtransactions will be included in this test in the form of the famous “Diamonds”, as well as battle passes and gift packs, despite player data being deleted after the beta. It appears that the developer behind Immortal Awakening will be returning 1,5x diamonds to players who made in-game purchases, but it's still very confusing and lacks information.

You can access the game's page on Google Play through a browser, as the game is not visible to other countries.

The game is only available in Taiwan and you need to download it via VPN to play. There is no release date for Spain.

Immortal Destiny is an MMORPG that comes “on automatic” ❯