It's no secret that the Honkai Impact 3 mobile game is heavily inspired by the Neon Genesis Evangelion anime and manga. And to bring the two franchises even closer, miHoYo has just announced the partnership with Evangelion. 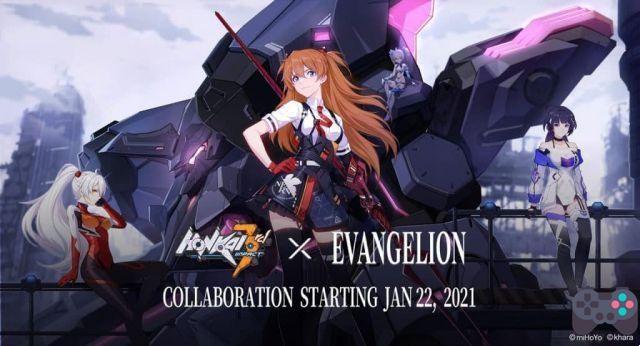 Featuring stunning cel-shaded graphics, immersive storytelling, deep customization, endless combo action and tight controls, Honkai Impact 3rd has gained an international following since its launch on mobile devices, reaching over 200 million downloads and frequently topping the Apple Store and Google Play Charts Worldwide. Since late 2019, Honkai Impact 3rd has become playable on PC with cross-platform support everywhere, drawing more players into the acclaimed experience. Honkai Impact 3rd takes place in a modern world corrupted by the mysterious energy known as [Honkai]. Lead a fledgling resistance of [Valkyries], brave girls who carry the anti-Honkai genome, against the spreading Honkai disaster to protect all that is beautiful in the world!

“Neon Genesis Evangelion is a monumental work in anime history. Its core resonates with that of Honkai Impact 3rd, as Valkyries and NERV are ordered to fight for the world,” comments miHoYo CEO Liu Wei. “Evangelion has remained extremely successful for decades. The unprecedented level of anticipation for the latest movie proves the quality of content released over the years to serve fans. I'm really excited about our future collaboration, because it might create something genuinely unique. ”

The collaboration version between Honkai Impact 3rd and Evangelion will be released for iOS, Android and Windows on January 21, 2021.

Honkai Impact 3rd v5.4: All about the next update! now available ❯