Here's How To Download Modern Combat Versus on Windows 10 PC 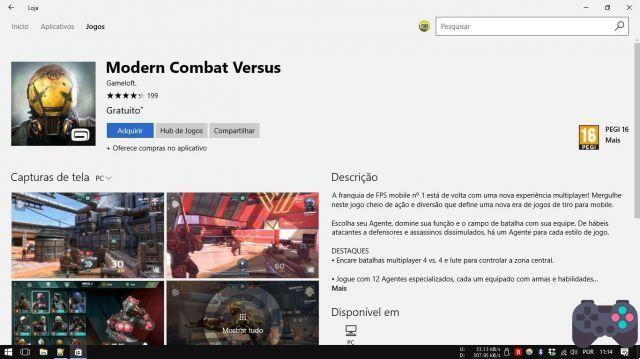 Do you have a PC, Tablet or Laptop with Windows 10? Then you can now download and test Modern Combat Versus on your PC. The game is in testing in the Philippines, but no VPN is needed to download and play. See how to access the game easily through this tutorial.

In fact, Modern Combat Versus is in soft launch globally. To download the game, all the user needs to do is change the region of their PC or Laptop to Philippines.

After downloading and playing the first mission, you can return the region to Spain and continue playing normally, as if the game had already been released. It is worth remembering that Gameloft always offers separate servers for Android, iOS and Windows 10. In other words, you will not face players from other platforms.

It's worth remembering that you don't need a top PC to run the game. Even on a computer or notebook without a dedicated card (PC of the million, Positivo basic, etc.) you can run Modern Combat Versus with acceptable quality and speed.

Here's How To Download Slashy Souls Now On Android ❯